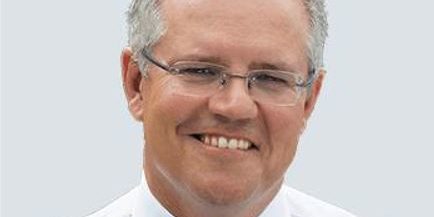 Prime Minister Scott Morrison announced today that state and federal governments and vaccine producer Moderna had signed an ‘in principle’ deal for the construction of a Melbourne plant capable of utilising the newly successful vaccine production technologies that produced the Pfizer and Moderna vaccines.

The plant would be capable of producing up to 100 million shots a year and was an investment in the future.

Morrison said: “This investment will continue to secure Australia’s future economic prosperity while protecting lives by providing access to world-leading mRNA vaccines made on Australian soil.

“The new mRNA manufacturing facility in Victoria will produce respiratory vaccines for potential future pandemics and seasonal health issues such as the common flu, protecting lives and livelihoods.”

The announcement is great news, but perhaps I am too cynical of announcements made by Morrison who is clearly in election, and daily announcement, mode.

This one comes more that 18 months after the government began investigation of local manufacture of mRNA vaccines and the PM gave scant details of the proposed arrangement.

The site of the factory was not revealed, nor was its cost or the state subsidies required.

While Morrison spoke at Melbourne’s Doherty Institute, he made no mention of any Australian companies being involved.

However the two most likely Victorian vaccine collaborators, CSL and IDT Australia are both on trading halts on the ASX today.

There is no apparent reason for IDT’s halt, but CSL’s may be to do with a potential deal with Swiss-based Vifor Pharma.

CSL had its own proposal to build a mRNA facility before the government and would be disappointed should it miss out to a foreign producer.

In this case the words ‘in principle’, which were reported by The Australian newspaper, may turn out to be the operative word because like all deals they are not real until final contracts are made.

Perhaps then, this is just an announcement by a government in election mode looking to make announcements often, and early.

To be manufactured at IDT Australia in Melbourne, clinical trials are planned to start in January.

Canberra has backed that project to the tune of $11.5 million.