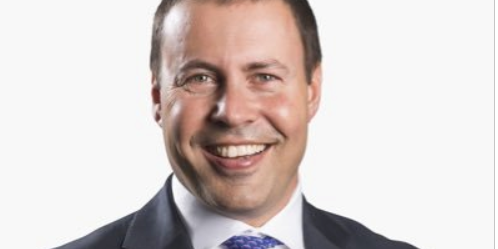 This was abundantly clear in Josh Frydenberg’s 2020 budget update speech on Thursday, representing the federal government’s response to the Covid-19 pandemic.

While the Treasurer mentioned the word ‘manufacturing’ three times, it was never in the context of any fundamental change of policy direction, or step change in support to boost the sector’s share of the economy.

Industry minister Karen Andrews didn’t even bother putting out a budget media release – it was that irrelevant to her portfolio.

In the massive $88 billion deficit being built up in one year only peanuts have flowed to manufacturers, though there are some valuable schemes:

But let’s be clear there will be not one single dollar extra for whatever comes out of the deliberations of the National COVID-19 Coordination Commission and its manufacturing taskforce led by ex Dow Chemical CEO, Andrew LIveris.

Readers of @AuManufacturing and members of the Australian Manufacturing Forum contributed a crowd sourced new deal plan for manufacturing to Liveris’ deliberations.

Now it seems that, just as industry minister Karen Andrews has warned, any policy change coming from the Liveris work, and the new deal plan, will indeed be within the current funding envelope.

Both bodies have been highly successful, showing the power of modest catalysing support to create collaborations involving new technologies and new companies capable of having real impact in industry, both here and internationally.

Perhaps these will be rebadged and relaunched with the usual plethora of breathless media statements from Andrews and others.

But if there is no more cash, and there isn’t, Australia’s national industry policies will remain as they are – far, far too small to have any meaningful impact on the direction of the economy.

What we need is a big and bold investment in creating the equivalents of UK Catapult Centres of German Fraunhofer Groups.

Fraunhofer Groups for example are a network of 71 institutes, each of them funded to the equivalent of an IMCRC or an AMGC, and focused on an individual area of technology or the economy.

Instead of 72 we have two, and various other national research bodies such as CSIRO, CRCs and dispirate other schemes, all modestly funded, which simply do not work in the same way with and for industry, solving industry’s problems.

But nonetheless stand by for a manufacturing statement from Canberra towards the end of the year.

It will sound like a big deal, but with no cash allocated in the budget, it will be sound and fury signifying nothing has changed.