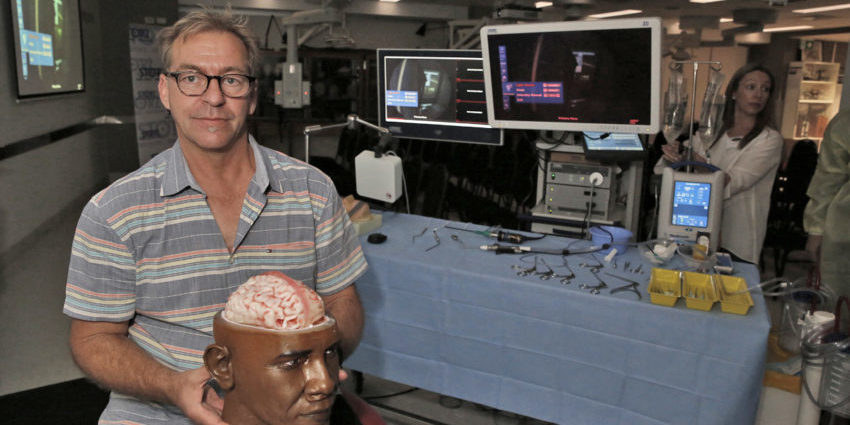 A South Australian company that manufactures 3D-printed medical training devices is set to embark on a $10 million capital raising campaign so it can ramp up production post coronavirus.

Fusetec has developed sinus models with life-like textures that mimic various layers such as skin, tissue and bone to deliver a realistic surgical training experience without the use of cadavers.

Other body parts including a full head have also been developed and showcased at medical conferences around the world in the past six months. As well as their life-like textures, the body parts can be made to include pathologies such as tumours that can then be removed as part of surgical training.

The first commercial course to use the Fusetec models took place in Montreal, Canada, in September with a similar course held a few weeks later in New Orleans in the United States.

Previous training courses have typically used cadavers, which can be difficult to source and usually do not have major health complications.

A global conference in Adelaide in November used 168 noses and 40 heads to help train surgeons from around the world.

Fusetec CEO Mark Roe said he was initially booked to showcase the sinus product at a conference in Milan this week before the coronavirus shut it down.

“We’ve been shipping the sinus products around the world but as soon as that first product was endorsed and accepted by the market, we started developing the rest of the anatomy and that’s what we’re doing at the moment,” he said.

“Our objective is to create a complete library of human anatomy with pathologies so that’s what we’re working towards during this period.” 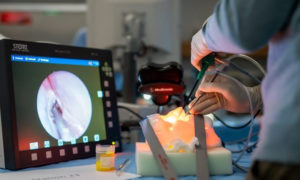 A surgeon trains on one of Fusetec’s 3D-printed sinus models.

Roe said many surgeons were traditionally slow to adopt new technologies but he was confident demand would skyrocket post coronavirus as training organisations quickly moved away from using traditional cadavers.

“We have taken a bit of a short-term hit with the rolling out of our products but in the long term it will be a benefit to us because it will alert surgeons to the risk of bacteria and cause them to look for alternatives to rehearse and practise their profession on,” he said.

“This virus has woken a sleeping giant and everybody is taking stock of how they do everything.

“This is a disruptive product that will focus people’s attention – we want to ramp up our R&D as quickly as we can and ramp up production so at the end of this pandemic we are in a position to become significant exporters.”

Fusetec has also received grants from Australia’s Advanced Manufacturing Growth Centre and the University of South Australia’s Future Industries Institute to develop software to improve the speed and efficiency of the manufacturing process.