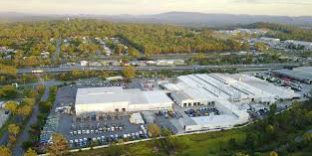 Volvo Group Australia has celebrated the build of the 50,000th Volvo truck at its Wacol, Queensland plant.

VGA handed over the FH16 XXL vehicle to its customer Nolan’s Interstate Transport on Friday at an event at the site, attended by federal assistant minister for road safety and freight transport Scott Buchholz.

“We build some of the toughest, safest vehicles on the Australian market here… and our commitment to investing in this country and in our customers continues to grow.”

VGA recently announced a $25 million expansion at the plant, with construction to begin next year.

“It pleases me greatly to see heavy vehicle manufacturing still going strong to this day, almost 50 years later, with one of the pioneers of our local manufacturing scene, Volvo Trucks,” said Buchholz.

The Wacol site opened in 1972, according to Volvo’s website, has been manufacturing Mack trucks since 2002, and produces over 3,000 trucks in total a year. It has made over 60,000 vehicles since opening.

The site received Australian Made certification in 2017.