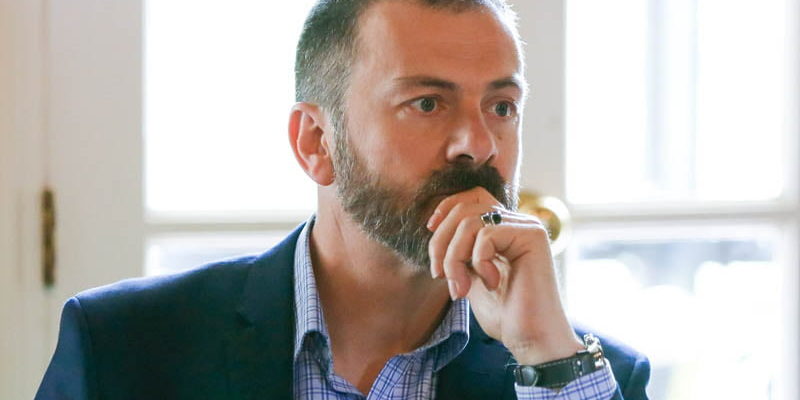 Philanthropic organisations are able to mobilise capital and drive innovation to solve big, thorny problems in a way that governments cannot, according to Adrian Turner, the former CSIRO executive now running the Minderoo Wildfire and Disaster Resilience program.

The philanthropic model is not well understood in this country, he says, although it is commonplace elsewhere, particularly the United States. The Bill and Melinda Gates Foundation is an example.

Mr Turner and Minderoo this week unveiled a series of “interlocking missions” with the goal of building fire and flood resilience in Australia.

It is 12 months since the start of the horrifying last fire season in this country, and memories of those harrowing times are still raw, abetted by the news coverage of fires in California that are burning right now.

The missions model is a throwback to the Apollo program and President John Kennedy’s almost fanciful proposition of the early 1960s that the United States would put a person on the moon – and return them safely to earth – by the end of that decade.

Apollo 11 got the job done. But that mission – although incorporating all parts of the integrated public and private US science and technology ecosystem – was led by a government agency. And its stupendous cost was funded by government.

Well that model has changed, Adrian Turner says, and some of the best work being done on the world’s most intractable challenges is coming from well-resourced philanthropic organisations working in coordinated collaboration with governments, industry and institutional researchers.

It’s not a failure of government, he says, but there are advantages to being outside those institutional structures.

“We can move at speed in a way that I don’t think others can,” Mr Turner told InnovationAus this week. “That’s not a judgement, it’s just the nature of the environment they operate in.”

The first mission unveiled this week called Fire Shield is, at face value, at least as fanciful as President Kennedy’s proposition about sending humans to the moon.

Minderoo wants to reduce the scale and impact of bushfires by finding new methods to detect, monitor and extinguish dangerous fires within an hour, anywhere in Australia, by 2025.

To be clear: The mission is to detect and extinguish dangerous fires within one hour, wherever they occur in Australia, and to do this by 2025.

Some might call this crazy ambitious, but equally, you have to start somewhere. Mr Turner and Minderoo come to the problem armed with tens of millions of dollars and a network of 52 partners pulled together over the past four months.

Over that time, the partners have broken down the challenge into component parts, have identified the very specific gaps and breaks in the Australian innovation ecosystems, and development a blueprint for building capability.

The ability of a philanthropic organisation to operate at the speed of industry, but without any constraints outside of the mission objectives makes it an important coordinator of resources from across the broader ecosystem.

“I don’t think this country has a good understanding of the role of philanthropy,” Mr Turner said.

“For Minderoo, a good analogue is the Gates Foundation, where Gates will systematically identify breaks [in the system] and then dive in to invest,” he said.

“And in the case of COVID and therapeutics, they teamed up with the Wellcome Trust and also Minderoo to accelerate the building of infrastructure for data sharing for therapeutics data – and then to make that available to anyone who can make good use of it.”

“I just think this country hasn’t seen this kind of impact investing from philanthropy in the way the US has, where it is pretty commonplace. I am hoping that this program will inspire other high net-worth’s to think about giving back in an impact investing way.”

The breaking down of the challenge, the understanding of the gaps in the response system and the central coordinating role were key.

“We could go off and do things that are disconnected from the operating environment that might become interesting science projects,” he said. “And that happens a lot in this country.”

“We looked at fire and flood resilience with an evidence base and an understanding of how systems work, and how this particular system works, and identified core breaks in that system.

“The we created a program plan of interlocked work streams, with partners identified to focus on solving those parts of the problem and those system breaks. And when we do that, in aggregate, we will lift Australia.”

“What we have done is started with the objective in mind and breaking the problem down to have people lead and solve parts of it – but to do that within a program-managed framework.

“That methodology for delivering missions is hard. It’s why this country hasn’t done it. But it is being done in other parts of the world.”