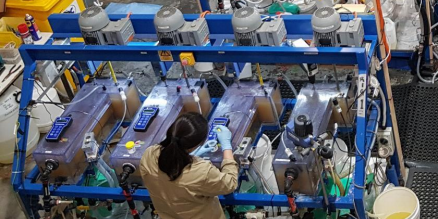 Alpha HPA has purchased a 9.2 hectare site at Gladstone in the Queensland government’s State Development Area, where it plans to build its 10,000 tonne-per-annum high-purity alumina plant.

According to a statement from the state government on Monday, the plant would support 120 new jobs, and Alpha was attracted to Gladstone due to the industrial sector and skilled workforce available in the region.

Alpha announced in February that it would build its $300 million site in Gladstone, and was given conditional approval for the 9.2 hectare site.

It has operated a demonstration plant in Brisbane since July 2019, said the company’s Rimas Kairaitis, and was confident demand for alumina would continue to grow.

“Stage 1, which is fully funded, will enable us to commence commercial production from August 2022, tapping into this demand quickly,” Kairaitis added.

“Stage 2, the full scale project, will commence in parallel with Stage 1, and is scheduled to be commercially operating by 2024”.

High-purity alumina is used for applications including coating for lithium ion batteries, in LED lights, and in scratch-resistant glass.

Alpha HPA is commercialising a locally-developed proprietary solvent extraction and refining process, claimed to be more efficient and environmentally benign than other methods, the most common of which is hydrolysis of aluminium alkoxide (explained here).