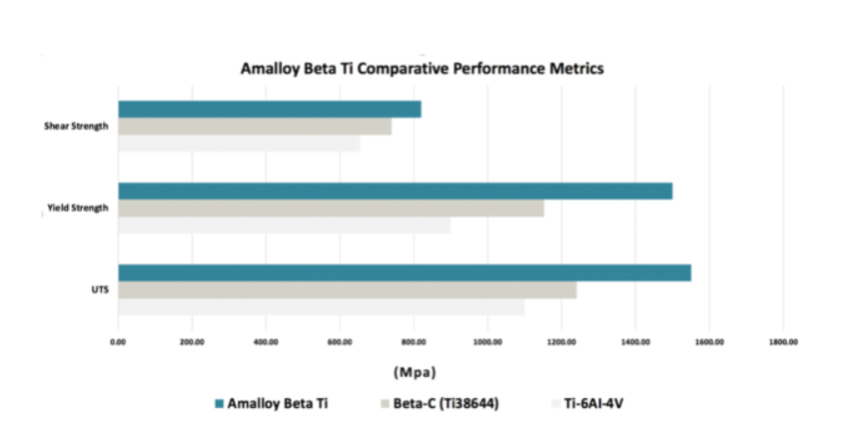 The Victorian company announced its application had entered the final, national stage of the Patent Co-operation Treatment (PCT) process.

The process allows patent protection to be granted simultaneously in a large number of countries instead of filing separate national or regional applications.

Developed by scientists at Melbourne’s Monash University, Amaero believes the new alloy can be used for conventional high volume manufacturing such as extrusion, forging and casting.

Titanium has a high strength to weight ratio and is more normally used in aviation, defence and space industries.

“Conventional alloys have limitations and are prone to fatigue failures, which is a risk if used in aircraft.”

The Monash alloy is 30 per cent stronger with greater tensile strength and fatigue life (see image).