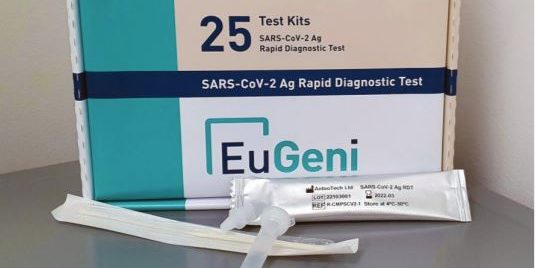 The new plant at Eight Mile Plains will incorporate strip manufacture in which antibody or antigen macromolecules and its AnteoBind activated particles are applied, as well as assembly and kit packaging including pre-filling of chemicals into buffer bottles.

It will improve the efficiency of cassette assembly and packaging which is a time, capital and labour-intensive process.

“Further lateral flow strip production capability will be introduced as demand increases over time and the locations for these additional machines will be decided based on market need.

“AnteoTech’s strategy is to engage with cassette and kit assembly partners in Europe, Mid-Asia Australia and North America and utilise these facilities as demand increases.”

AnteoTech’s test kits are currently assembled in Europe by Operon.