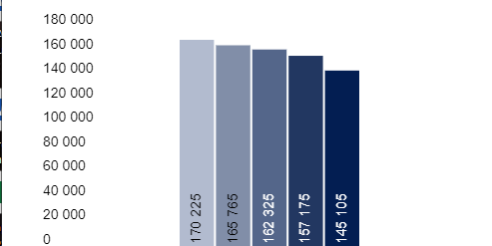 Apprenticeship starts slumped during the March quarter continuing a long-term decline as the Covid-119 pandemic affected businesses nationwide, according to new figures from the National Centre for Vocational Education Research (NCVER)

Apprentice starts fell 11.0 per cent in the quarter to 49,015, with commencements for the year to March 31 down 7,7 per cent on the previous corresponding period.

Trades commencements were down nine per cent.

During the March quarter apprenticeship completions also fell 2.9 per cent, leaving 272,505 apprentices in training at March 31, a 2.9 per cent fall in a year.

Apprentice numbers have been in freefall for more than five years and they now make up 2.1 per cent of workers overall, and 10.2 per cent of trade occupations.

The graphic below summarises results for the 12 months ending 31 March.