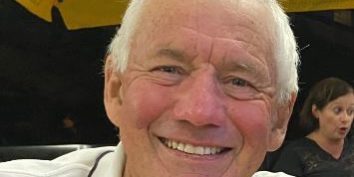 As @AuManufacturing continues our editorial series – Celebrating Australian Made – Alexander Gosman gives us a sobering review of national industry policy, and poses the question whether we are doing enough to reverse what has been a long-term decline in the sector.

Disruptions to supply chains through Covid-19 pandemic have highlighted major gaps in Australia’s industrial capabilities particularly in the medical area.

There have been increased calls for a more interventionist industry policy to ‘onshore’ strategic capabilities.

The Prime Minister Scott Morrison has commented ‘open trading has been a core part of our prosperity over centuries….but equally, we need to look carefully at our domestic economic sovereignty as well.’

So should we be excited about a possible ‘new’ strategic industry policy however envisaged – coming from a government that oversaw the closure of domestic car manufacture?

Are we considering returning to the 1920s when, for example, the Government established CSL, now one of the world’s biggest biotechnology and vaccines companies, to prevent war supply disruptions?

Governments of either persuasion have talked at times in the past 30 years of reversing some of the ‘free market’ approaches adopted under the Hawke/Keating Government in the 1980s such as the floating of the dollar and the reduction of industry protection, particularly for the ‘sheltered’ sectors such as textiles, clothing, footwear (TCF) and automotive.

From a share of GDP of nearly 30 per cent in the 1955, the manufacturing share of GDP is now under 10 per cent. This change in share of GDP has been common to most developed economies as the services sector has expanded, in Australia’s case to over 60 per cent of the economy.

As tariff barriers were reduced to almost negligible levels during the 1990s, industry policy moved from a focus on restructuring industry to ensuring an ‘internationally competitive’ environment in such areas as skills, deregulation/privatisation, finance availability, industrial relations, transport and communications.

The Howard Government under its initial industry minster John Moore showed some preparedness to look at general measures to encourage industry development whilst continuing to reduce tariffs. At the same time the ALP in opposition moved away from the Keating legacy to support a more active industry policy.

In 1997, and following the Mortimer Report, the Howard government announced ‘investing for growth’ with a range of polices to encourage innovation, promote investment, develop exports, maximise Australia’s gains from the information age and as a world financial centre.

In reality expenditure was relatively minor – $1.26 billion – and relied in many cases on a continuation of existing policies such as bilateral trade deals and a strategic Investment Advisor.

As the free traders within the Liberal Party gained ascendency with the mining boom of the early 2000s, the need for an industry policy became sidelined although the automotive industry continued to be the recipient of government funding.

In the run up to the 2007 election, the opposition leader Kevin Rudd spoke of a Australia that ‘still made things’ and the shadow industry Minister Senator Carr was an avowed interventionist.

However the advent of the Global Financial Crisis in 2008 and leadership challenges meant industry policy was a relatively low priority.

The LNP Government under Abbott, Turnbull and Morrison has continued an approach based on supporting innovation, expanding bilateral trade deals and industrial relations reform.

Treasurer Hockey spoke to ‘lifters and leaners’ in the economy and, unfortunately, his dare for the ‘leaners’ of the car industry to leave Australia was met.

Defence industry policy remains one area where government speaks and acts on the need for continuing investment such as next generation submarines.

The rapid bounceback from the initial impact of Covid-19 has reduced the call for an interventionist policy.

The Government has provided some subsidies for local manufacturers where the impact of Covid-19 has accentuated global rationalisation – despite this the aluminium manufacture and refinery production areas are both just hanging on in Australia.

Recent factory closures by Pfizer and Glaxo mean that we now import over 90 per cent of our medicines and vaccines.

But there remain positive areas such as the software and fintech industry, biotech and CSL.

Given all this history it seems unlikely that we will see any major policy initiatives designed to bring back lost capabilities as the cost and complexity of necessary policies would be beyond this government.

Rather, there will be selective investments by government in areas where onshoring meet health or other requirements such as a mNRA vaccine facility with state government support.

For the time being mining and agriculture will continue to support our standard of living and, hopefully in time, the education and tourism sectors will also be able to contribute when Covid-19 is sufficiently under control globally.

Alexander Gosman holds a BEc from the Australian National University and worked in the Commonwealth Industry Department during the 1980s where he was involved in the restructuring of the TCF industries. He subsequently led the Australian Electrical and Electronic Manufacturers Association (AEEMA) and the Australian Industry Greenhouse Network. He is a former Manager, Corporate Affairs for Ericsson and GSK.