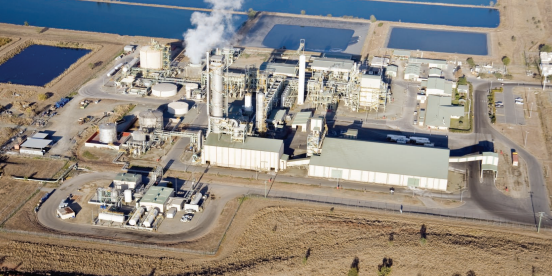 the Australian Renewable Energy Agency (ARENA) has backed a plan by Queensland Nitrates (QNP) to study the feasibility of building a renewable ammonia plant at its existing facility near Moura in Central Queensland.

A consortium of QNP, Neoen and Worley plans to produce 20,000 tonnes per year of ammonia from 3,600 tonnes of renewable hydrogen.

The new plant would provide up to 20 per cent of Queensland Nitrates’ current ammonia requirements, which is derived from natural gas.

The aim of the study is to determine the technical and economic feasibility of producing renewable ammonia at a commercial scale, helping to further progress the commercialisation of renewable hydrogen production for both domestic and international use.

If proven feasible, QNP would produce hydrogen via electrolysis for one fifth of its ammonia production. The electrolysers would be powered by a hybrid supply of wind, solar and stored renewable energy from facilities owned and operated by Neoen.

According to Bloomberg, over 50 per cent of deliberate hydrogen production is used for ammonia. Ammonia production accounts for 1 per cent of global emissions.

ARENA says Australia holds a competitive advantage in the emerging hydrogen export market due to expertise and infrastructure in energy export supply chains, proximity to key emerging hydrogen markets in Asia and an abundance of renewable energy resources.

“This is the first step in the country tapping into the huge potential of a renewable hydrogen export industry.”

ARENA will supply $1.9 million towards the feasibility study.