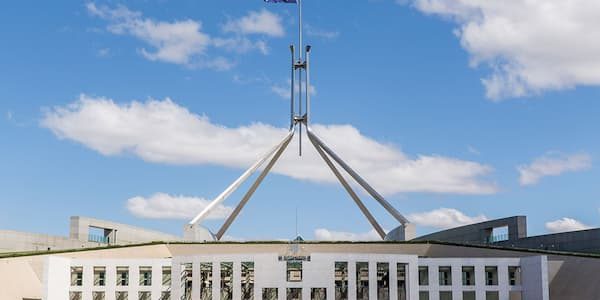 More than a quarter of companies claiming the research and development tax incentive this quarter may have some of their offset clawed back if the government pushes ahead with its planned changes to the scheme, the Australian Taxation Office has confirmed.

The Coalition announced plans to make a series of changes to the popular research and development tax incentive (RDTI) in the 2018 budget. The subsequent legislation was first knocked back by the Senate Economics Legislation Committee early last year, before it was slightly tweaked and reintroduced to Parliament late last year.

The changes, which include the introduction of a $4 million cap for smaller companies and an “intensity measure” to calculate the size of the offset for larger firms, amount to a $1.8 billion cut to the RDTI scheme.

It is now the subject of another inquiry by the same Senate committee, which is set to report to government by the end of this month.

While the government failed to pass the legislation before the end of the 2019-20 financial year, it still plans to apply the changes to the RDTI for this period.

Companies claiming the RDTI that file their tax return before the bill is passed by Parliament will have to do so under the current legislation and then amend their claim if the changes are implemented.

This means that many firms will see their RDTI claim clawed back to some extent if the legislation is passed and increases the uncertainty for thousands of businesses.

In answers to questions on notice from the Senate committee, the ATO confirmed that more than a quarter of companies accessing the RDTI made their claim in the September quarter in the 2018-19 financial year.

Between 1 July and 30 September 2019, 3200 companies had their claims paid under the RDTI, out of a total of 12,400 companies accessing the scheme in that financial year.

If this trend continues in the next financial year, more than a quarter of companies accessing the RDTI will likely have to pay back some of this claim if the Coalition moves ahead with its planned changes.

Previous figures provided by the Industry department showed that this figure could be even higher with a third of total RDTI companies registered for this scheme in the first quarter of the financial year.

While the figures showed that about 30 per cent of companies had registered for the scheme by September, not all of these firms actually made a claim under the scheme in this time period.

It was confirmed at a public hearing for the Senate inquiry earlier this year that the legislation would still be applied retrospectively.

While Industry department spokespeople had attempted to argue this wasn’t actually retrospective as the changes had been previously announced by the government, ATO representatives had less qualms about labelling it as being applied retrospective.

In guidance sent to RDTI claimants, the tax office confirmed that companies would have to make their claims based on current legislation and then amend them if the bill is passed by Parliament later in the year.

ATO assistant commissioner Jade Hawkins had told the senators that there would be no clawbacks under the changes, but later wrote to the committee that this was referring to there being no penalties or interest applied if a company has to amend their claims, and the difference will still have to be paid back to the tax office.

“I was referring to penalty and interest, not the actual RDTI. This is because whilst the statement about no tax shortfall penalties and interest on a shortfall being remitted to nil is correct, there may be occasions where an amount would have to be ‘clawed back’,” Ms Hawkins told the committee.

“That circumstance would be where a company received a larger tax offset under the old legislation than the new legislation, the difference or over-payment would need to be repaid by the company. However, similarly no penalties or interest would be applicable.”

The Opposition has raised concerns with the prospect of the significant changes being applied retrospectively.

“The government has been talking up innovative firms while pressing ahead with a bill that will rip $1.8 billion from those innovative firms – many having their incentive removed retrospectively,” shadow industry minister Brendan O’Connor said.

The Senate committee had been due to report by last week, but has had its deadline extended to late August.