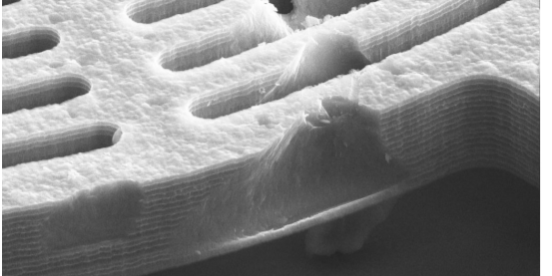 Australian-Israeli audio developer Audio Pixels is closer to its goal of a fully digital speaker system following the rectifying of a manufacturing fault that had held up development.

The company, valued at $502 million on the Australian exchange, has been developing its digital speakers since 2006 at its Israeli technical centre.

However micro-faults in the silicon wafers (pictured) it has had manufactured by a supplier have held up development for the past six years.

The faults were considered to be the last in a long line of technical challenges which have slowed development.

Now the company has announced that the latest MEMS (micro-electro-mechanical systems) wafers operate consistently within the required electromechanical specifications, opening the way to a new type of fully digital audio experience.

The company said: “This critical milestone which is the culmination of years of groundbreaking work…has for the first time enabled our engineers to conduct accurate and detailed acoustic characterisation on multiples of working wafers.”

However while Audio Pixels’ digital speaker devices could play music and speech, there are now issues of ‘slight anomalies’ that exist between ‘the perfect world of computer simulation, and the imperfect world of fabrication’.

Chairman Fred Bart said the company and its suppliers had formulated a plan to diminish the devices dependencies on the vendor’s fabrication tolerances.

Bart said: “Achieving a reliable fabrication process for the MEMS transducer has also enabled the company to shift resources toward efforts involving larger scale wafer production as well as the commercial packaging of the devices.”

Bart did not give any estimate for the completion of commercial devices.