Austal delivers fourth ship to US Navy for 2020 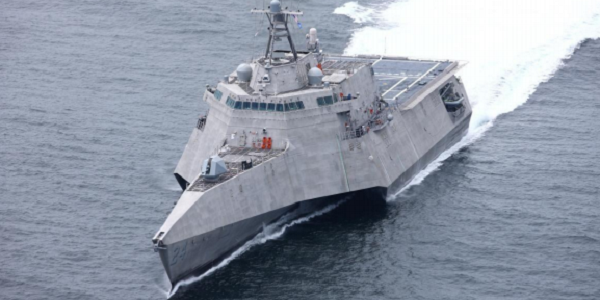 Austal’s US subsidiary has delivered an Independence Class littoral combat ship (LCS) to the US Navy.

The LCS is a 127-metre high-speed trimaran hull warship, designed for near-shore environments but capable of open-ocean operation, said Austal in a statement.

The future USS Mobile — built at Austal USA’s Mobile, Alabama site — was the fourth vessel it delivered to the Navy this calendar year, and a fitting cap to 2020, said Austal CEO David Singleton.

“This ship is a fantastic tribute to the spirit and determination of the people of Austal USA and the City of Mobile,” he said.

“Our warmest congratulations to the US Navy on the delivery of their latest Independence-class Littoral Combat Ship; another great symbol of the success of the United States defence industrial base and a highly capable addition to the fleet.”

ASX-listed Austal is headquartered at Henderson, Western Australia, and is the world’s largest aluminium shipbuilder and Australia’s biggest defence exporter. It builds ships in Alabama, Perth, the Philippines and Vietnam.