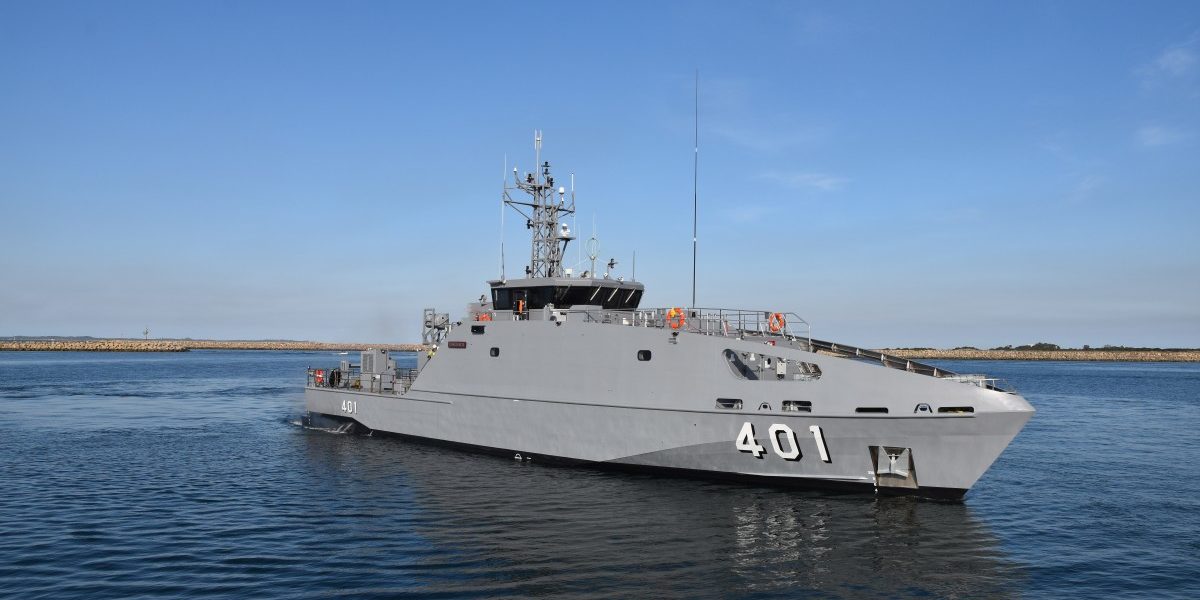 The vessel, one of 21 to be gifted to Pacific Island nations by Australia, was handed over to the Government of Fiji at a ceremony at Austal’s Henderson shipyard south of Perth.

Singleton said: “Now in the third year of production, the Pacific Patrol Boat Replacement Project has really hit its stride.

“This sixth Guardian-class Patrol Boat (benefits) from a number of innovative production processes that have reduced production time, while maintaining quality.”

Attending with Prime Minister Bainimarama, were the Commander of the Republic of Fiji Military Forces, Rear Admiral Viliame Naupoto and the Chief of Navy Captain Humphrey Tawake.

The 39.5 metre, steel monohull patrol boat provides the Fiji Navy with an improved naval asset to carry out border patrols, regional policing, search and rescue and many other operations domestically and internationally.

Guardian boats are faster than their predecessor class, with improved seakeeping, better amenities and an enhanced mission capability, including an integrated stern launch and recovery system.

Singleton said: “Austal Australia’s delivery of the Pacific Patrol Boat Replacement Project is achieving 68.5 per cent Australian Industry Content, which is outstanding for a project of this size and complexity.

“Austal, and our valued suppliers, contractors and business partners are adding real value to Australian industry and contributing to genuine sovereign shipbuilding capability.”