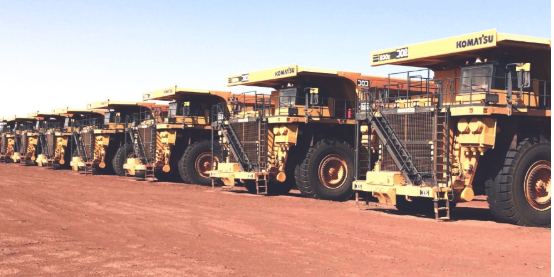 While Austin reported revenue in the first half of the financial year down 20 per cent on the previous corresponding period to $95.6 million, this was due to companies deferring delivery until the second half.

Consequently the company expects the second half of the year to be strong with 90 per cent of orders needed to achieve its goals already in hand, and announced the payment of as 0.2 cents a share dividend.

Cash flow from operations in the first half was a strong $18.1 million, a 69 per cent rise on the previous period, and up on the $13.8 million rerecorded in the whole 2019 financial year.

Asset sales proceeds and cash flow were used to repay debt with the company now in a net cash positive position.

However the poor first half saw EBITDA fall 55 per cent to $5.1 million.

Managing director Peter Forsyth said: “Results for the first six months of the year have been particularly frustrating as the projected level of sales activity in the business did not gain the momentum as quickly as we expected.

“However an outstanding cash flow result was delivered in the first half which brought the company into a net cash position for the first time in many years.”

Forsyth said the outlook for the current half was very strong with the company’s task to execute the work in hand and maximise throughput in its facilities.

Mining customer maintenance and capital budgets were set for growth.

With factories in Australia, Indonesia, and North America and engineering centres worldwide the company provides on and off-site repair and heavy lifting services to its clients.

The Perth facility is expected to be working at record activity levels well into the 2021 financial year.