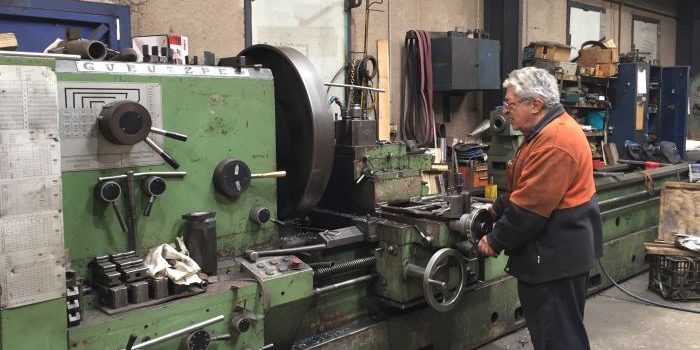 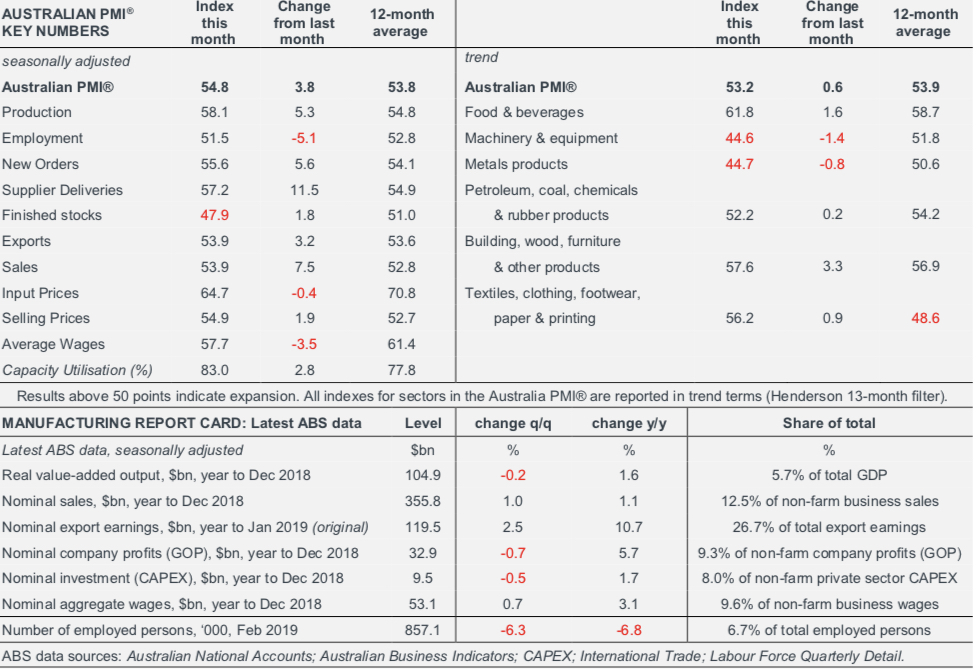 Australian manufacturing continued to grow in April, with the Australian Industry Group Performance of Manufacturing Index result improving 3.8 points to 54.8.

The monthly PMI survey showed four of the six sectors recording results above 50, the point separating expansion and contraction. This was led by the food and beverage sector (up 1.6 points to 61.8). The textiles, clothing, footwear, paper and printing sector (up 0.9 points to 56.2), chemicals (up 0.2 to 52.2) and building materials (up 3.3 points to 57.6) all grew in April.

Manufacturers cited energy prices, the federal election, and higher input costs from the drought or low Australian dollar among their concerns.

“Both the metal products and machinery & equipment sectors contracted further in April, weighed down by flow-on effects from drought and the downturn in construction activity along with some reported hesitancy to invest associated with the upcoming federal election,” said Ai Group chief executive Innes Willox in a statement.

“Elevated energy prices remain the largest concern for many manufacturers with stable and effective policy in this area a key area of interest,”

Despite these pressures, notes the Ai Group, manufacturing has grown or remained stable every month since August 2016. A result of 49.5 for December 2018 was later revised upward.