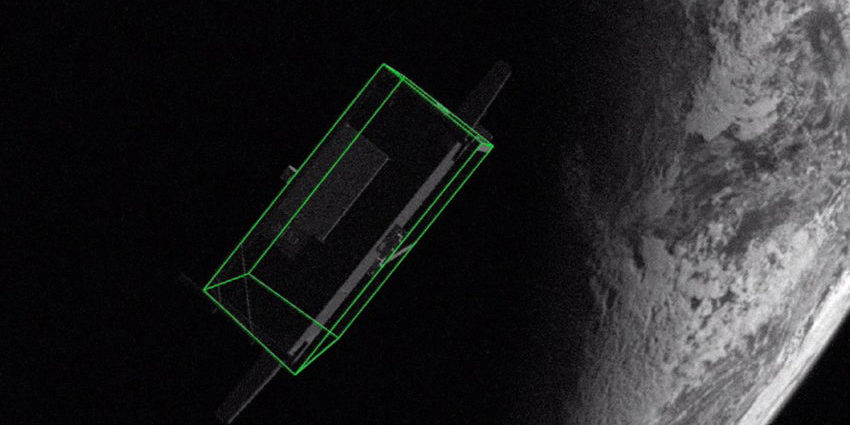 Researchers from the University of Adelaide have won the global Pose Estimation Challenge, a competition to accurately determine the position of a space object.

The team of researchers from the university’s Australian Institute for Machine Learning (AILM) defeated 47 other universities and space technology companies this month at the international space competition hosted by the European Space Agency.

The South Australian team – including Associate Professor Tat-Jun Chin, Dr Bo Chen and Dr Alvaro Parra Bustos – won the challenge to determine the most accurate orientation of an object in space by using machine learning and 3D vision algorithms.

Teams were given individual high fidelity images of the Tango spacecraft from the 2016 PRISMA mission and were required to determine the orientation of the craft in relation to the observer from close rendezvous.

The goal of the challenge was to estimate the pose – the relative position and attitude – of a known spacecraft in order to help future space missions.

“What sets our solution apart from the others is the unique combination of machine learning and 3D vision algorithms – these are two areas we have strong expertise in at the university at the AIML, ” he said.

Prof Chin said figuring out the orientation of an object was a long-term study problem in computer vision and AI.

“If you want to program a robotic arm to make coffee, you need to figure the orientation of the object with respect to the robot,” he said.

“We are now applying those techniques in space and we are one of the few teams in the world doing this in space.”

The team used the University of Adelaide’s Phoenix High Performance Computing cluster to train their novel model from the data made available by the competition organisers.

Prof Chin said the knowhow generated through the competition would enable the team, who have an existing research partnership with Inovor Technologies and the Australian Defence Science and Technology Group, to further contribute to the mission of Space Situational Awareness (SSA).

Inovor Technologies is a startup based in South Australia, which has developed an algorithm that stabilises control systems to keep satellites fixed on specific positions.

The Australian Space Agency, also based in Adelaide, South Australia, has identified SSA as a priority area and includes the task of mitigating the risk posed by space debris to space applications.

“SSA is traffic management. Not only managing operational things that you can control, such as space assets and infrastructure, but the things you can’t control, like space debris,” Prof Chin said.

“It’s about finding out what went where so the next time when you are launching a new space asset, or trying to change the orbital parameters of your current asset, you know it’s not endangered through collision or other incidents.

“SSA has always been regarded an important capability, but it’s becoming a more pressing issue because of increasing space commercialisation.”

South Australia has been a significant player in Australia’s space industry and is home to major Tier 1 defence companies and several emerging space startups, including Fleet Space Technologies, Myriota and Southern Launch.

In April this year the University of South Australia established the $245m Cooperative Research Centre for Smart Satellite Technologies and Analytics (SmartSat CRC), which will eventually build a flock of satellite assets that Australia can task and control.

The South Australia Space Industry Centre (SASIC), launched in 2017, has been instrumental in helping establish the space sector ecosystem in the state and reports that there are more than 70 companies employing 800 people in the industry in South Australia, including Italian space company SITAEL.

“This huge win will no doubt open doors for the team and create even more business opportunities in this exciting industry,” Price said.