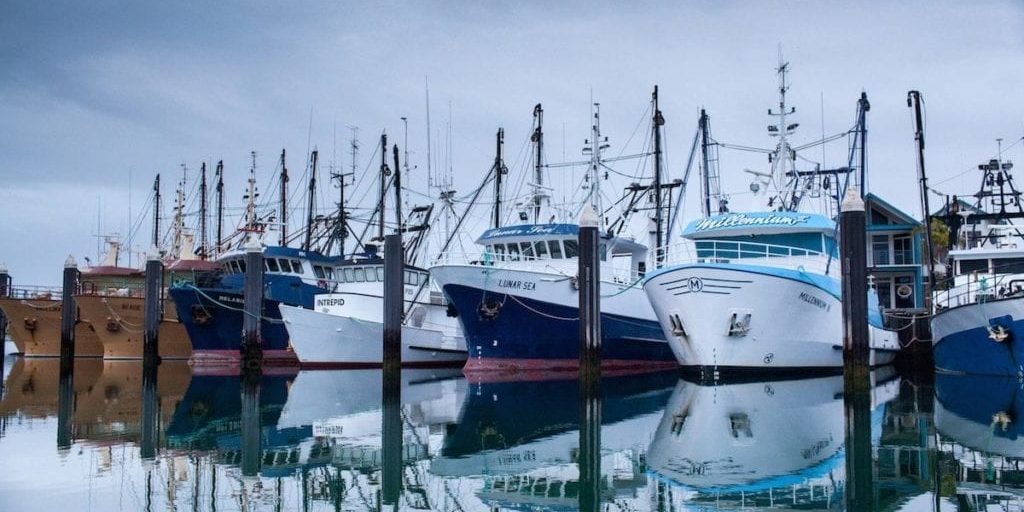 While the federal government continues to thumb its nose at public and scientific opinion on climate change, there is no shortage of innovative businesses looking to help stem the global warming trend..

As Canberra was dying in a ditch protecting the failing technology of coal power, a group of entrepreneurs has been busy sizing up an opportunity based on South Australia’s excellence in aquaculture.

What passes for climate policy in Canberra has focused on electrical generation, but similar in scale are the gases produced by vehicles and farm animals.

Only lip service has so far been paid to these issues locally.

Backers of aquaculture start up CH4 Global spent last week meeting movers and shakers in the regional city of Port Lincoln, where all good seafoods seem to originate.

It has been known for a while that feeding farm animals a seaweed supplement can drastically cut methane production – the gas is pound for pound more damaging than CO2.

CH4 has some protection for its business given CSIRO’s IP protection efforts.

The entrepreneurs were impressed with the depth of knowledge in Port Lincoln and its dynamism.

It so happens that SA’s Spencer and St Vincent gulfs are a rare source of red seaweed that could create a multi-billion dollar harvesting and processing sector.

The state is behind the development as is SA’s Fisheries Research and Development Corporation to flesh out the opportunity.

Canberra might be happy denying science, but anyone who based a business on anything other than evidence is a mug.