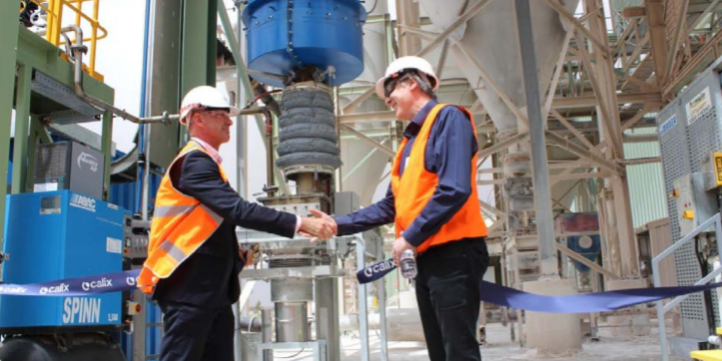 Chemical technology business Calix (ASX: CXL) has announced a sales revenue increase of 144 per cent in the first half of the financial year.

Sales totalled $3.7 million, with $1.6 million of that from the newly-acquired Inland Environmental Resources business in the US. Without this, there was a year on year sales increase across Australia, New Zealand and South East Asia.of 39 per cent for the half-year ending December 31

Calix makes and sells “nano-active” powders for agriculture, aquaculture, infrastructure and other sectors, manufactured through its patented “flash calcination” process.

A statement from the company said a full-year revenue expectation of between $12.5 to $14 million was unchanged.

While sales improved, grant revenues have reduced as the European Union-backed LEILAC-1 carbon capture project in Belgium moves from construction to operation. Grants announced in the half totalled $30 million.

The half-year also included the opening of Calix’s BATMn battery materials reactor in November, the launch of a $9 million Advanced Battery Materials CRC-P.