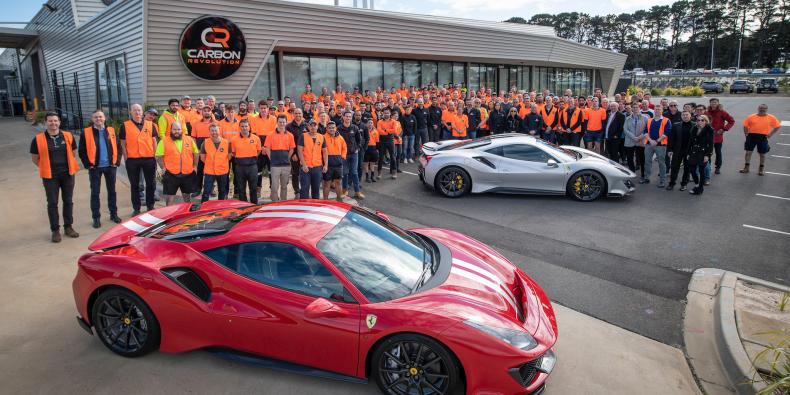 The company reported today wheel sales in the second quarter FY22 of 4,397, up 109.4 per cent on the first quarter.

Quarterly revenue was $11.4 million, an 82.6 per cent jump from the previous quarter.

New wheel programs were announced during the quarter for a new Chevrolet C8 Corvette ZO6 and ZO7 – the company’s first program with General Motors.

“Even daily driving you can sense that it’s not only lighter, it’s stiffer and you can really feel that.”

Juechter said wheel weight saving saved a second and a half on a two minute circuit lap.

Programs for electric vehicles and SUVs are continuing.

Carbon Revolution also said the design of its first mega-line production line which will boost production was now complete and construction is underway at Geelong.

The company has a net cash position of $47.8 million.