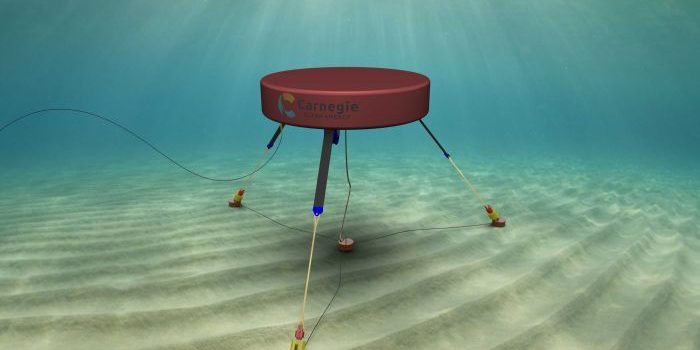 The company, which is commercialising equipment to generate power from wave action as well as a solar/battery microgrid, remains suspended from the stock exchange after failing to lodge its half yearly accounts on time.

And yesterday the Western Australian government withdrew from a $16 million wave energy project at Albany in the state’s south, crystallising a $1.6 million loss to the taxpayer.

The company said in a statement it was disappointed with the government’s action, which followed it submitting a revised and extended timetable for completing the project.

Continuing the project would have allowed the company to minimise the loss of R&D tax offsets associated with the project, and include design changes which would cut the project’s costs.

“This significant new development must now be incorporated into the strategic review currently underway and Carnegie will update the market in due course,” the statement said.

It its accounts for the first half of this financial year, submitted eight days late, the company revealed a $45 million loss due to write downs of its intellectual capital.

It also suffered a $6 million loss from its solar microgrid business, EMC.

Intangible assets were written down by $35 million to $15 million, to be ‘more in line with the market capitalisation of the company’.

The company has also laid off 30 staff and is pursuing a sale of the EMC business.

Carnegie’s shares were selling at a third of a cent each before its suspension.