Chipping away in the emerging 5G industry 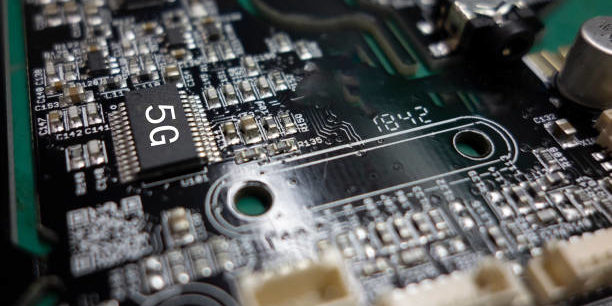 Last week wireless 5G innovator milliBeam came out of stealth mode, announcing its intention to make new hires and to establish a  design centre by the year’s end. Brent Balinski spoke to CEO and founder Dr Venkata Gutta about the company’s origins and how it intends to overcome challenges around a small local ecosystem for chip manufacturing.

After a decade in Europe in senior wireless communications engineering roles, Dr Venkata Gutta returned to Australia early this decade. Last week, he launched his startup, milliBeam, which hopes to enable widescale deployment of mmWave 5G using a novel approach to chip architecture. 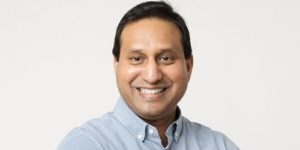 “Even in Europe or a place like America, they still have a shortage of people in the semiconductor industry,” says Gutta.
(Picture supplied.)

“Why would I come back here? I guess I thought it was natural and I saw the startup ecosystem developing and I saw that Main Sequence was actively leading the deep tech sector,” Gutta tells @AuManufacturing.

Main Sequence, the CSIRO’s venture capital arm, made a $750,000 seed investment in milliBeam, which aims to answer “teething problems” that are hampering the 5G rollout in US and Europe, says Gutta. The beamformers they want to improve on operate with an overall energy efficiency of 2 per cent and range of 100 metres or less.

According to Gutta, his company’s approach could increase efficiency to more than 25 per cent, reducing costs related to energy loss and heat management, and greatly lifting signal range. He gives little away about the innovations in chip design, but says the core IP is “not focussed on any one particular semiconductor technology or process” and based on solutions to physical constraints he’d encountered during work on 4G and 5G base stations.

Gutta’s recent work was at companies including Ampleon and Huawei Technologies, and his early career was in circuit design at CEA Technologies, including phased array radar.

Unsurprisingly, milliBeam is a fabless operation, using European suppliers for chip manufacture. Prototyping locally was explored but “at the moment, it’s not possible at all.” 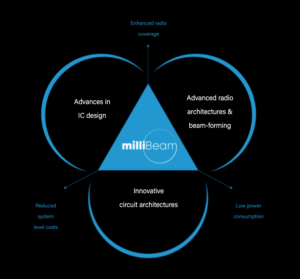 As this website has reported, a review of the Australian semiconductor industry for the NSW Chief Scientist and Engineer released in late-2020 was “unable to uncover a major Australian company, whose core business activity is participation in the semiconductor design, development and production value chain.”

The attractiveness of possessing such an industry is strong, with the report also noting a correlation between strength in a country’s semiconductor sector and its overall economic complexity. (Australian economic complexity ranks near to developing nations Pakistan and Uganda.)

As Main Sequence Partner Mike Nicholls told Cosmos last year, “Semiconductors have strategically become the most important single production item in the world. This is a $450-billion-a-year business, and Australia has virtually zero in it.”

The obstacles to establishing large-scale semiconductor production in Australia are also strong, and come from a variety of directions. In the same article, Nicholls estimates establishing a fab in Australia might require the importation of 10,000 to 15,000 semiconductor engineers, and an investment of up to $20 billion and ten years.

As others have pointed out, trying to establish all that comes with the risk that the world may have moved on technologically once you’re finished.

The challenge to growing a semiconductor industry in Australia is vast and multi-faceted, Gutta agrees. He says his company is taking a long-term view on issues like talent shortages, including trying to attract internship students with relevant degrees and training them.

On the bright side, the skills problem is not a disadvantage unique to Australia.

“Even in Europe or a place like America, they still have a shortage of people in the semiconductor industry,” he explains.

“You’re right that they have a lot more people than we do in Australia, but there is an absolute struggle there to find people [overseas] as well.”

Gutta says milliBeam is currently working on its first test chip, and wants to have tested it and to have established a design centre “somewhere in Sydney” by the end of the year. After that it intends to seek further funding, and “double or triple” its current headcount to build a portfolio of products.