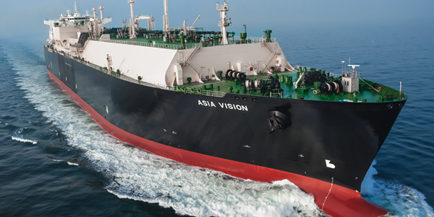 There are few certainties in this post fact world but one you would think everyone agrees on is that a country has to earn a living internationally.

For Australia, whose export income is dependent on selling coal and gas, our national economic prosperity rests on being a fossil fuel exporter.

Now whether we believe in climate change or not, the world is moving away from fossil fuels leaving us with two choices.

We can either continue what we are doing and hope there is a future for fossil fuels, or look round with some urgency for something to replace all that income.

The federal Coalition had seemed to embrace this concept with support for research into green hydrogen produced from solar and wind power as a potential replacement to fuel exports.

After all Japan and Korea are virtually begging us to provide them with a clean hydrogen alternative to LNG.

It is more than disappointing then to see the government kill off a $20 million collaboration with Germany through to 2022 that was examining green hydrogen along with other ways to reduce our emissions profile.

The Australian-German Energy Transition Hub announced in 2017 by Malcolm Turnbull and Angela Merkel has been informed by the government that it will not follow through with the promised funding, killing the initiative.

It is a good step and will look at various aspects of the energy problem.

The trouble is it has been spun by PR hacks as part of the government’s political agenda – its opposition to a market price on carbon which we had under Julia Gillard, and a focus on ‘technology’.

Really this is good old marketing BS. No-one, and certainly not Gillard thought there was a way forward without technology.

Technology has been debased to be a Coalition talking point and a punch in the nose for Labor. Solar and wind is technology that works.

Really, can’t we grow up?

Meanwhile back at the German-Australian Hub, and I return to this because green hydrogen is THE technology we should be focused on, the government hasn’t actually announced the decision. But staff of the hub have been told.

Really, making sure we can earn our way in the world, whether it is a world our ideology is in tune with or not, should be a matter of general agreement.

We should be pursuing clean hydrogen as a national priority, and not letting it fall victim to the bloody-minded in the Coalition who, quite obviously, are determined not to do anything they cannot avoid doing to prepare ourselves for a low-carbon future.