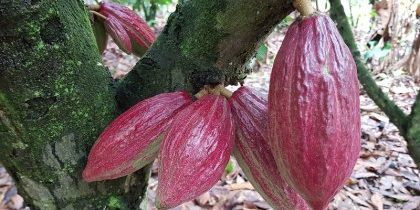 Mars Wrigley is contributing “more than $100,000 for an initial six months of research” into a University of Queensland invention that can rapidly diagnose disease in cocoa plants and elsewhere.

The UQ team is developing the latest application of its “dipstick” technology. This is being used Abidjan in Cote d’Ivoire to screen for cacao swollen shoot virus, which is becoming more common and hampering supply of ingredients for chocolate and other foods.

An estimated three-quarters of the world’s 4.6 million tonnes of cocoa beans are sourced from western Africa, “where this disease is becoming ever-more rampant,” said Professor Jimmy Botella, a member of the team from the university’s School of Agriculture and Food Sciences.

“Cacao swollen shoot virus infects cacao trees, affects their leaves and roots, decreases cacao yields by a quarter within the first year of infection, and then kills the tree within a few years,” said Botella in a statement.

“In Cote d’Ivoire alone, there are 600,000 farmers producing cocoa and six million people working in the industry, so it’s critical we take control of this disease, and soon.”

“We’ve been developing the technology for about eight years now, but we need to adapt it for each specific disease.”

The device being used is a little larger than a coffee mug, can be charged by car battery, and can diagnose in an hour, doing away with a complicated sampling process and the need to take material back to a lab.

“Crucially, it requires barely any training – perfect for cocoa farmers in poor, remote countries – in fact, we’ve now tested it with farmers and locals in far-flung locations like Laos, Cambodia and the jungles of Papua New Guinea,” said Botella.

According to a release from the university in 2017, a patent application had been lodged for the “dipstick” technique, which can isolate RNA and DNA from plants and animals in 30 seconds, and has been applied to “livestock, human samples, pathogens in food, and in detecting environmental risks such as E. coli-contaminated water.”

Mars Wrigley is headquartered in Chicago, had revenues of $US 35 billion in 2017, and its brands include M&Ms, Mars Bars and Maltesers.