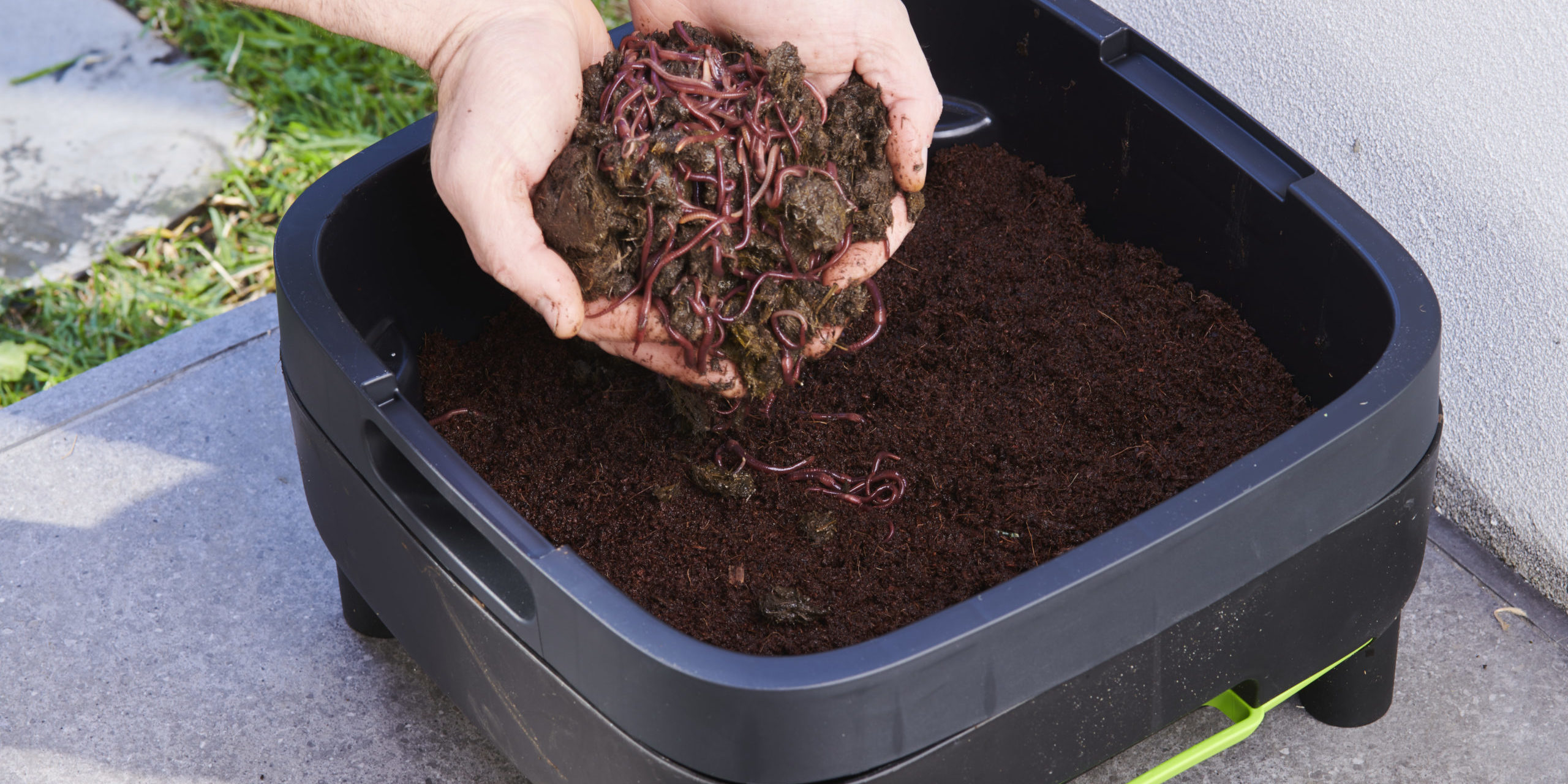 Compost Revolution’s beginner-level worm farm, made in Australia and entirely out of recycled plastics, won gold at last week’s Good Design Awards. Brent Balinski spoke to the company’s David Gravina about the project.

As people have been forced to spend more time at home this year, fulfilling hobbies have gained in importance.

David Gravina, founder of social venture Compost Revolution, wasn’t sure — like anybody else — how he would be impacted as the Covid-19 pandemic got underway, but was soon flooded by new customers.

Compost Revolution has reached over 60,000 households and partnered with 64 councils since forming in 2012, and saw a 400 per cent increase in new recruits from April to June.

“I think people turn to their garden in these times of crisis,” he tells @AuManufacturing.

“People spent more time at home, they were creating more food waste because they’re preparing three meals a day in their homes, looking at their gardens or their balconies thinking what can they do with it with some of that time they had.”

Last week the company’s The Farm product, designed for people with limited space — perhaps a balcony rather than a backyard — won a Gold Accolade at this year’s Good Design Awards. It was the first award for their products rather than their services for Compost Revolution, which provides education and products online. The gong was shared with project partners Tricycle Developments and Maze Products.

They started with a niche in mind (a space-poor resident interested in trying out affordable worm farming) and a clean sheet. Gravina calls it a “kind of classic design process,” exploring the customer problem and developing a clear vision for all the iterations that would come.

The product needed to be kept especially simple and stripped down to be affordable to produce and sell at a low price point (the website lists the base product at $89.90.) At the same time, there are add-on items to give the user the option to make their worm farm feel like its theirs, such as wooden legs and different coloured trays and covers, wooden legs, and an autoflow tube. 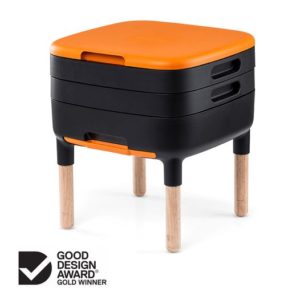 “They’re happy to pay a bit more given they’ve chosen and need those elements and top of that so the product is personalised for them; it’s a very different way to think about something like a worm farm,” adds Gravina, whose team took inspiration from Apple MacBooks.

“And by making it a simpler base unit product, we could get the price point right in Australia, which is a really important point from a manufacturing point of view. This is where the design-led innovation, I think, really plays out in terms of our goal to design and make a product here and sell that in the market at a price point that would compete with imported products.”

(A further viability ingredient is contract manufacturer PMG Engineering, which sponsored the project but had not previously made worm farms. It supplies a non-customised, simpler variation of The Farm to Bunnings. The higher volumes through this work have helped cover tooling costs.)

Another design consideration was “worm wellbeing” (such as maintaining a comfortable temperature range and air flow) and productivity when it comes to turning food scraps into liquid and castings to improve garden soil.

“That manifests in things like the worm saver tray, which no other product has, and keeps worms from falling into a reservoir of liquid and drowning… Previously that kind of thing was done with messy cloths or hard to remove the trays, or it’s just not because just not factored in and worms die, terrible deaths,” Gravina explains.

“We kind of had that flag in the ground — you’ve got to stand for something, and we decided no worm would die in vain on our watch.”

The design also did away with taps, which can clog and lead to a drowning risk for non-human end-users, and went for a continuous-flow option.

The Farm is made of 100 per cent recycled plastic, which Andrew Crawford, Director / Product Design Engineer at Tricycle describes as providing “both environmental and marketing advantages… It is refreshing to work with a client who champions local manufacture and the use of recycled materials.”

PMG  plastic from a combination of pre- and post-consumer plastic including from other local manufacturers, such as food grade product companies that throw out rather than re-use a lot of material due to strict quality standards. It is the second recycled plastic product made by PMG for Compost Revolution (after the “Dirt Vader” economy compost bin.) CR also makes an aerator handle from recycled plastics sourced from nurseries.

Gravina aims to follow the above with further locally-made products, provided they make sense. There would be no point in, for example, making a large-sized worm farm like the one it sources from New Zealand.

“We’re not against importing when needed, and of course, Australia needs to manufacture again and we need to develop markets for our recycled plastic and it’s better for the environment, it’s better for local jobs, it’s better for community building to make it here,” he explains.

“We’re very passionate about that, but at the same time we’ve got to meet that need of the end user.”