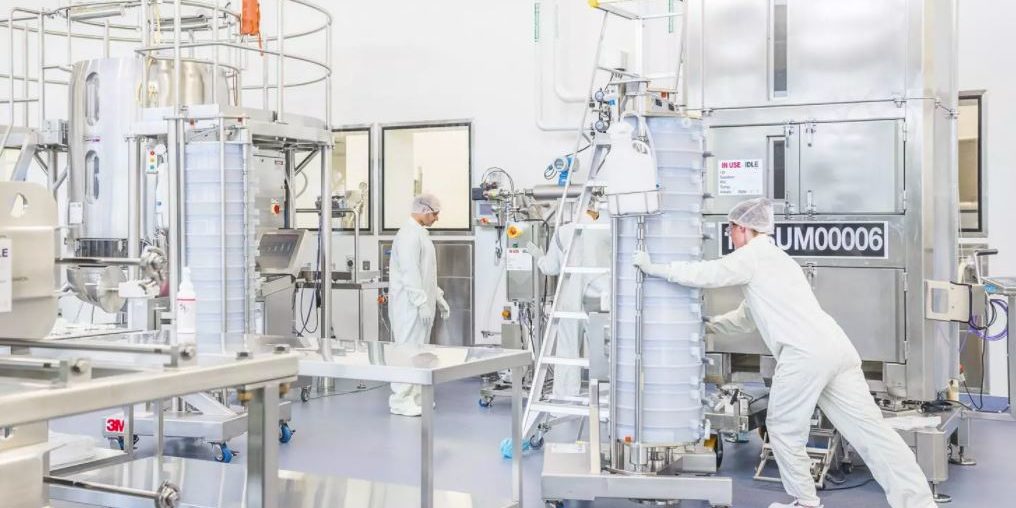 Australia’s largest company by market capitalisation, biotechnology manufacturer CSL has powered ahead in the first half of the financial year reporting a net profit after tax up 44 per cent on the previous corresponding period.

The company, which is in the final stages of manufacturing the AstraZeneca Covid-19 vaccine, reported a NPAT of $1.8 billion as its vaccine sales jumped and its traditional immunoglobulin immune system treatments grew strongly.

The company’s Seqirus vaccine division saw sales rise 38 per cent and profits more than double including cash from the discontinued University of Queensland Covid-19 vaccine project, while traditional revenues from CSL Behring were up nine per cent.

However CSL Behring, which isolates pharmaceuticals and factors from human blood, is increasingly being driven by new generation subcutaneous product Hizentra.

CEO Paul Perreault said the strong result came in unprecedented times with the most severe pandemic of our lifetime.

Perreault said: “Our core franchise the immunoglobulin portfolio has continued to perform well (with) Hizentra sales up 19 per cent.

Both are products of CSL’s massive R&D spend which now exceeds $1 billion annually.

The company’s sales of albumin derived from blood grew by 93 per cent, reflecting a switch to a company run distribution model in China.

In the half CSL announced it would build a world-class biotech manufacturing facility in Melbourne which will use cell-based technologies to produce influenza vaccines.

CSL anticipates a full year net profit after tax of between $2.17 billion and $2.27 billion.

Perreault said: “It will be the only cell-based influenza vaccines facility in the southern hemisphere.”