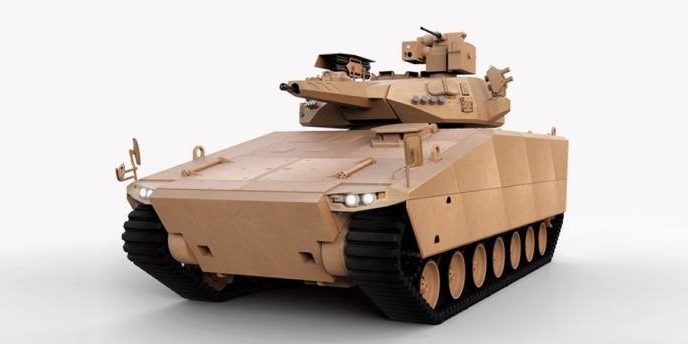 Reynolds CSC said the government was investing in the best possible capability to meet the current and emerging threats of our changing geostrategic environment.

“This project will…ensure we are well placed to work together with industry, to grow and develop the capability over the course of its life.”

Both offerings are associated with significant local industry involvement.

Rheinmetall will offer its Lynx KF41 vehicle with a new 30mm turret.

This has a high degree of commonality with its 8×8 Boxer Combat Reconnaissance Vehicle (CRV) which has been chosen by defence in a previous competition.

Rheinmetall has an established network of suppliers including Supashock in Adelaide, Cablex in Melbourne, Bisalloy Steels in Wollongong, and Milspec Manufacturing in Albury.

The company operates a Military Vehicle Centre of Excellence in Queensland.

Other suppliers include Bisalloy and Elbit.

The two contenders will proceed to the the Risk Mitigation Activity (RMA) segment of the bidding process, in which they will deliver three completed vehicles to the army.