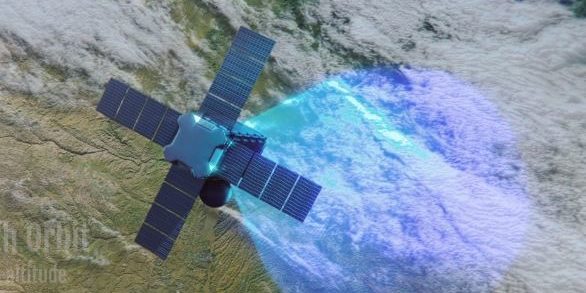 Export Finance Australia will provide conditional finance for up to US$80 million of debt funding for the initial satellite communications constellation to be launched by EOS subsidiary SpaceLink Corporation.

This is a third of the cost of the first four of a planned global system of linked optical relay communications satellites which will provide continuous, real-time data connectivity to satellites and other spacecraft in near Earth orbits.

As a consequence of the export financing and a $25 million investment in SpaceLink by satellite manufacturer OHB Systems AG, EOS will not now proceed with a previously announced capital raising.

Investors had marked down EOS shares concerned about the company’s ability to fund the satellites as well as expansions elsewhere in the business.

However the company’s shares rebounded on the announcement to $3.16 this morning and by late morning were up 9.1 per cent to $3.00.

EFA’s funding for SpaceLink is contingent on carrying out an independent technical review of the feasibility of the project, the development of a funding plan and satisfactory ongoing financial and trading performance by EOS.

In SpaceLink data is continuously relayed from the satellites to earth based gateways and then onto private networks or cloud computing infrastructure.