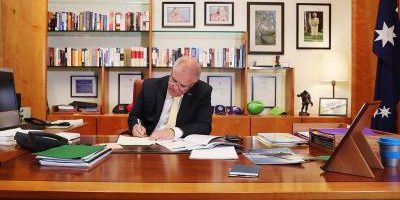 Only days after offering up a stimulus package widely condemned as not large enough to impact Australia’s coronavirus affected economy, Canberra has followed up with a second much larger package of measures.

Manufacturers can read how to take advantage of the first stimulus package, here.

The new package will provide SME businesses and not for profits which employ staff with up to $100,000 based on salaries and wages withheld for tax purposes. The minimum payment in the first package has been increased from $2,000 to $10,000.

The government hopes this will incentivise employers to retain staff as well as boosting business cash flows.

Canberra also announced a coronavirus SME guarantee scheme which will support companies to get access to working capital. Canberra will provide a guarantee for 50 per cent of new loans issued to SMEs.

These two new measures come on top of Reserve Bank action to pump more liquidity into the economy and to cut interest rates, and other measures such as assistance to the airline industry.

There were no measures targeted at the manufacturing sector.

The new package responded to criticism of the first package that little real cash was going into the hands of consumers in the immediate-term who would then spend it to support demand.

However there is more delay before the money flows.

The stimulus included in the first package was timed to have its effect in the second quarter of the year, supporting growth in that quarter.

The new package will have its effect later, mostly in the 2020-21 budget year.

# A temporary six-month supplement of $550 a fortnight to income support payments such as the JobSeeker Payment, Youth Allowance jobseeker, Parenting Payment, Farm Household Allowance and Special Benefit. For society’s worst-off, those on the JobSeeker payment, this will double their rate of support for the next six months.

# The government will allow people in financial stress as a result of the virus to access up to $20,000 of their superannuation. Changes in superannuation draw down rates will give retirees greater flexibility.

# A reduction in the social security deeming rates.

The Prime Minister Scott Morrison claimed the second package plus measures already announced was the equivalent of 9.7 per cent of gross domestic product, in line with packages previously announced overseas including in New Zealand.

However much of the package was not cash that would be injected by the government, but guarantees and much of it was cash which businesses will only access if they are still in business.

A simple example. If I am a retailer and have no customers, why would I invest in new equipment to access accelerated depreciation? What would be the point of keeping on staff so I could get a $20,000 tax benefit from the government?

So while a step in the righgt direction, much of this package just doesn’t make sense.

As such, Canberra is already signalling that there will be a third stimulus package before too long.

This sort of economic leadership from Canberra is, frankly, not engendering confidence.

There is no doubt Canberra was taken by surprise by the magnitude of the stimulus needed if Australia is to weather this crisis without too much economic dislocation.

It has sensibly bowed to pressure to direct more money to individuals and to raise payments such as the JobSeeker allowance, formerly Newstart which were clearly too low for those without employment to survive on.

This cash at least will be spent and flow through to support the economy.

But far from being a leader in its response to COVID-19, the second package shows just how much of a reluctant, and incompetent follower Canberra has become.