Silently, with only a warning beep-beep, the first ACE-EV electric cargo van to be assembled in Adelaide rolled out for its media debut early this morning.

Greg McGarvie, managing director of ACE-EV, was beaming as the carbon fibre composite van impressed with not only its silence, but its solidity, its quality and its promise for the future.

McGarvie said: “It has taken us a million dollars to get where we are today.

“My ambition is to work at it until at least 50 per cent of the car comes from South Australia.

“That will be a higher local content than Holden ever had.”

For the moment the solid carbon fibre composite chassis (below) is brought in from China in flat packs, and assembled by Aldom Body Builders at their facility in Wingfield north of Adelaide. 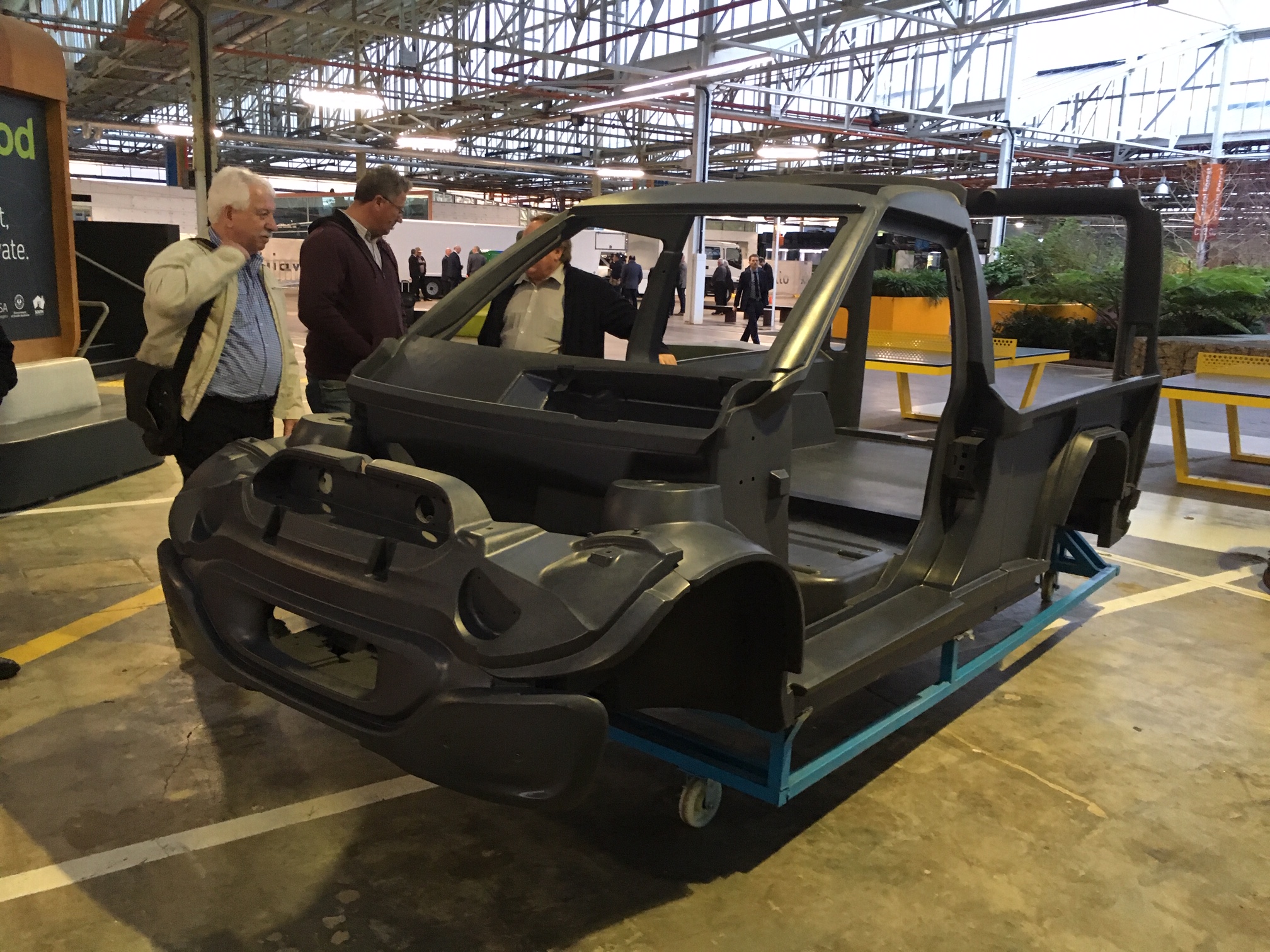 Interiors, electric drive train and a variety of bodies are then added, with local content for the first vehicles limited to labour and road wheels.

The ACE-EV cargo bay (below) has a capacity of 500 kgs, giving the vehicle a range of 200 kilometres. The drivers cab is (main picture) surprisingly well finished, as is the entire vehicle.

Body builder Mark Aldom said the chassis came in 17 parts and the bodywork a further 78.

Aldom said: “You and I could put it together in abut 18 ours.

“The design is very clever.”

One hundred vehicles are available initially, with local government representatives at the launch expressing keen interest in the Adelaide product.

McGarvie is now in discussions with investors to raise $5 million, a first tranceh of capital needed to take production to a planned 15,000 a year by 2025. 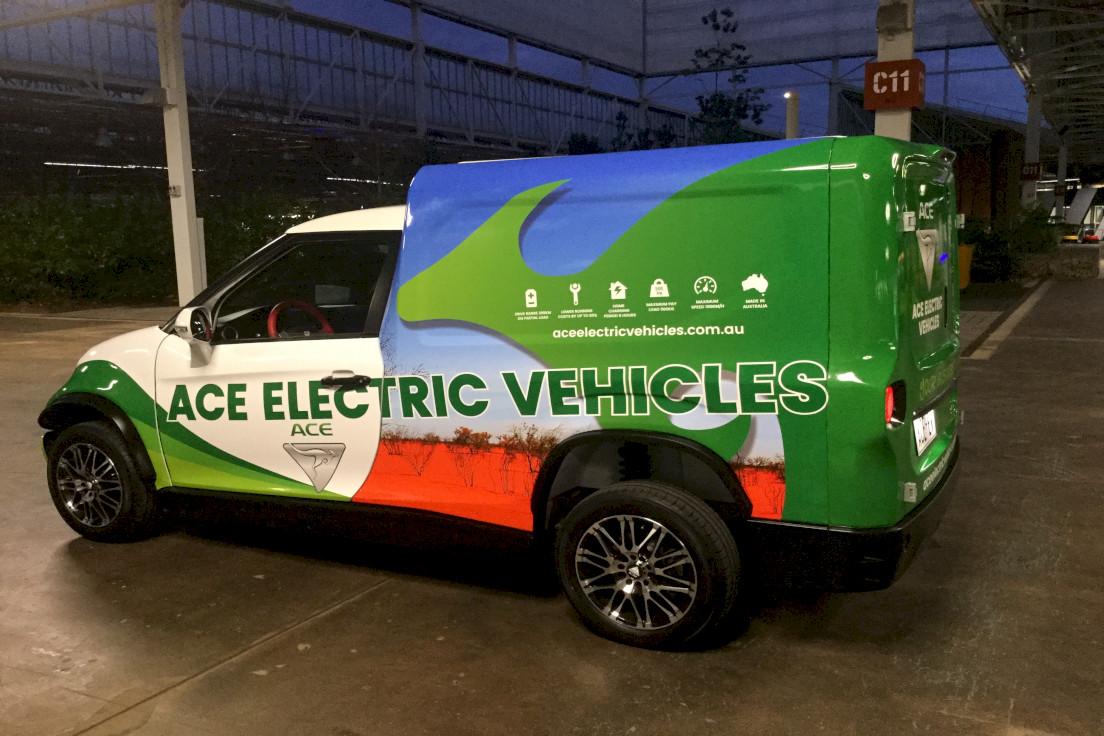