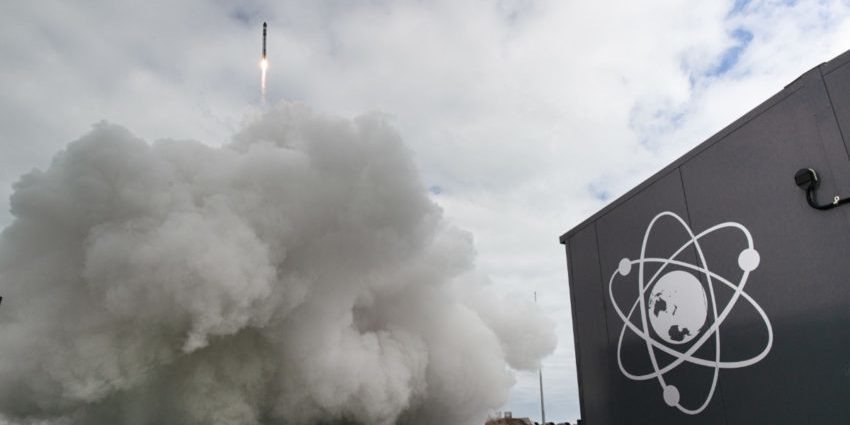 Centauri 3 will orbit 550km above the Earth and has begun commissioning and engaging in full operations.

This technology allows operators to conduct geological surveys and operate unmanned vehicles such as drones remotely from a proper control centre, rather than having to visit a distant, inaccessible site, according to Tata Nardini.

The technology and infrastructure are currently being used by utility company SA Water to monitor soil moisture and air temperature in parks in Adelaide, South Australia, and by SEA Gas to detecting threats along their pipelines.

Fleet Space made history in November 2018 by launching Australia’s first four commercial nanosatellites, Proxima 1 and 2 and Centauri 1 and 2.

Tata Nardini said they aim to have a constellation of 140 nanosatellites in orbit by 2027 to achieve seamless global coverage that could generate “a lifetime revenue of $1.82 billion.”

To meet the demand, Fleet Space has applied for a AUD$5 million grant under the Australian government’s Modern Manufacturing Initiative.

In conjunction with $4 million to be raised by Fleet Space, the money will fund a new factory to make it possible to manufacture the entire satellite payload from Adelaide by the middle of 2022.

This will allow Fleet Space to increase production from three hand-built nanosatellites a year to mass-producing 50, increasing its current workforce from 31 today to 128 scientists, engineers and assembly technicians by 2024.

Fleet Space has partnered with the University of Adelaide’s Institute of Photonics and Advanced Sensing, Redarc Electronics, Hawker Richardson and Lintek to build the industrial capability to manufacture these nanosatellites in Australia.

“We design the antenna and all of the rest of the payload, but at present, the only space-qualified company that can manufacture the antenna is in Switzerland,” Tata Nardini said.

“For the first time, we’ll be able to 3D print our innovative beam-steering antenna here in Australia.

“These manufacturing capabilities will also be available to the defence industry as well as to other Australian space companies, adding depth and strength to the entire sector.”

The nanosatellites are made to last for three years, and once the 140 are in orbit it is estimated that 50 will need to be replaced every year as their Low Earth Orbits decay and they burn up in the atmosphere.