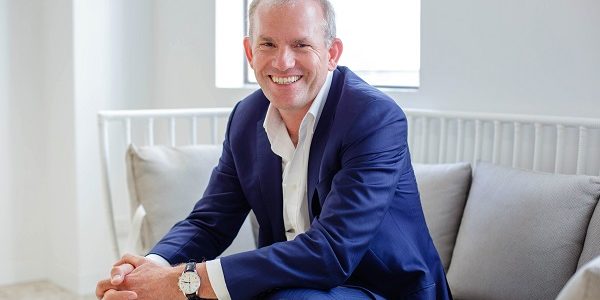 Andrew Forrest’s Fortescue Metals Group has announced a reorganisation which upgrades its Fortescue Future Industries offshoot within the group, at the same time announcing the appointment of senior global executives and a new executive who will become FFI’s future CEO.

The company said the reorganisation would transition the company to a truly global company.

This would ‘help to deliver Fortescue’s global green energy business strategy – to lower global emissions, to decarbonise Fortescue, and to create significant additional value for shareholders, through sharing green fuels and technology with the world’.

Dr Andrew Forrest will be appointed Executive Chairman of the Fortescue Group when Elizabeth Gaines concludes that role – she will remain on the Fortescue Board as a Non-Executive Director and become Global Brand Ambassador for FFI.

The company named Dr Mark Hutchinson (pictured), former President and CEO of General Electric (GE) Europe, initially in the role of Director of Projects, before assuming the role of CEO of FFI, by the end of 2022.

Hutchinson held a number of very senior positions in GE, which was run by Jack Welch and later Jeff Immelt, during his 24 year tenure at GE. His roles included five years leading GE in China, with his most recent role in GE being President and CEO, GE Europe, a business with over 100,000 employees.

Dr Hutchinson said joining FFI was the opportunity of his lifetime, both to make a difference for humanity, while also bringing great value to Fortescue shareholders.

He said: “The green industrial revolution is well underway globally and Fortescue is leading it. As a result of this revolution, we will see an explosion in manufacturing and green energy jobs worldwide with great benefits for local communities.

“Delivering FFI’s global portfolio of green projects to meet our customer demands will be my primary focus, whilst leading this incredible global team of talented people driving forward change through hard work and determination.”

The current FFI CEO, Julie Shuttleworth, will continue in her role during the transition process and will then move to a senior executive leadership role at FFI.

Today Fortescue also announced Ms Li Yifei will be appointed as a Fortescue Board Director in 2022.

Dr Jalal Bagherli will be appointed Co-Chair of Williams Advanced Engineering (WAE), along with Mr Mark Barnaba AM the Deputy Chairman of Fortescue.

Mr Christiaan Heyning has been appointed as Head of Decarbonisation.

In March, it announced the appointment of Reserve Bank of Australia Deputy Governor Dr Guy Debelle as Chief Financial Officer of FFI. Guy will commence in June 2022.