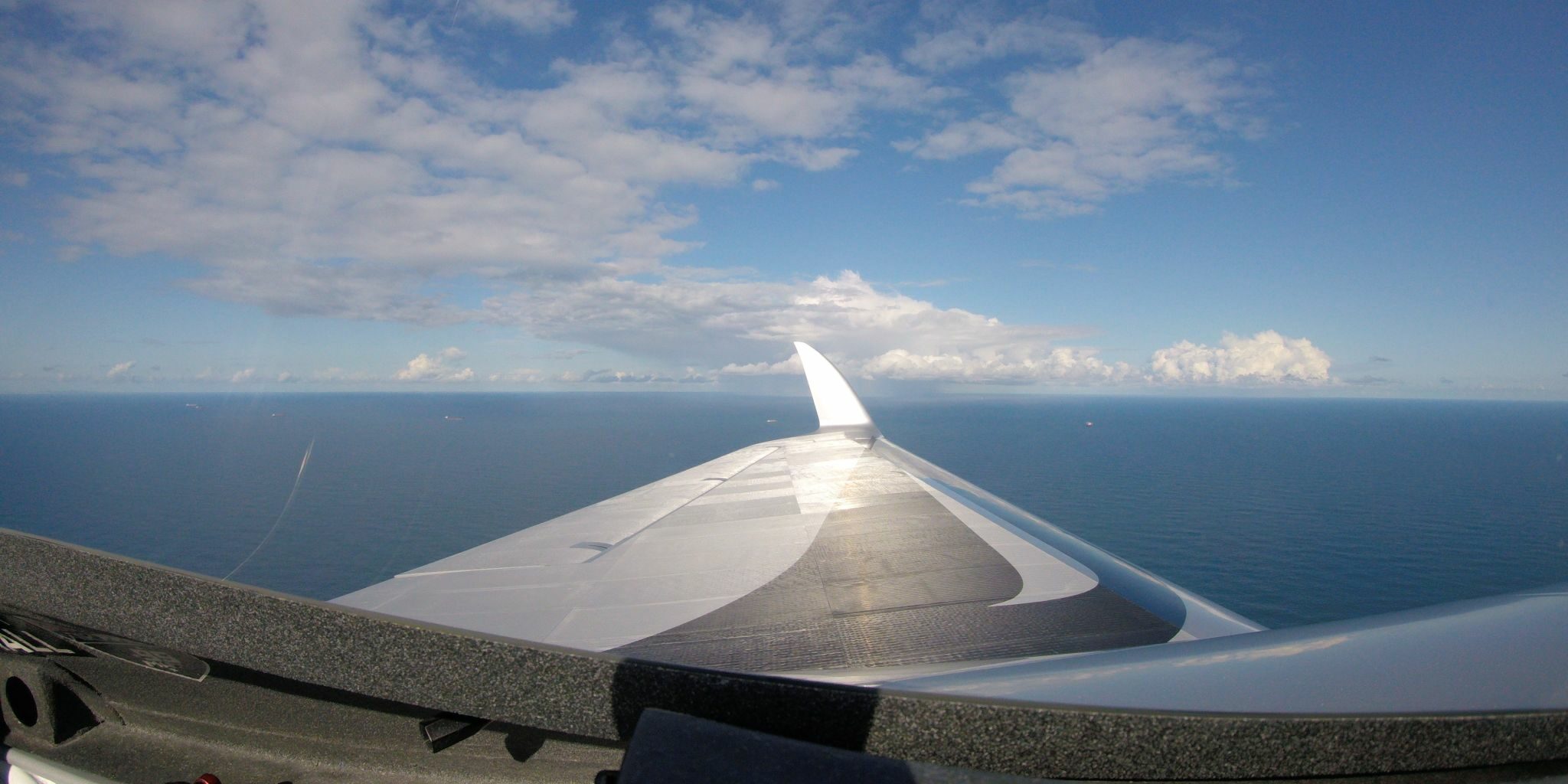 @AuManufacturing’s editorial series, Frontiers in additive manufacturing, looks at an Australian innovation for printing surfaces that borrow from nature. Brent Balinski speaks to Henry Bilinsky of MicroTau. (A podcast of the interview is available at this link, and through Spotify and other platforms.)

As in the examples of Carbon Revolution and Tritium – two of the standout high-tech Australian manufacturers of this era – sometimes important innovations and thriving businesses have their origins in a competition.

For MicroTau – which closed a $5.6 million seed round last month and wants to save the airline industry countless dollars and tonnes of CO2 emissions – it goes back to not a university racing team, but a global contest by the US Air Force, seeking ideas to save their fleet’s fuel bill.

“The technology has a lot of similarities with a certain kind of 3D printing, DLP [digital light processing],” says Dr Henry Bilinsky of his concept.

“We’re sort of having the same kind of design freedom and similar manufacturing principles. But to make these microscopic patterns that you find on surfaces, on plants or animals.”

Bilinsky calls his Direct Contactless Microfabrication (or DCM) “Nature’s 3D Printer” for its ability to cure specialised resins with a UV source to create microscopic features inspired by biology.

The current focus is shark skin, where tiny riblets help overcome turbulence. Instead of water-borne vessels, these are being applied by MicroTau to film that adheres to planes, reducing friction drag and therefore the amount of fuel needed to move through the air.

The idea of a rough surface to make travel smoother is a paradox, perhaps a little like the old saying that “slow is smooth and smooth is fast.”

But the principles are well-known, and something akin to putting dimples on a golf ball.

Bilinsky explains that riblets act where there is turbulent flow with “hairpin vortices”, with the ridges just narrower than the diameter of these vortices. 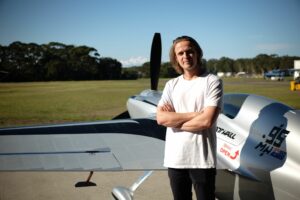 “We’re sort of having the same kind of design freedom and similar manufacturing principles [to photopolymer 3D printing.] But to make these microscopic patterns that you find on surfaces, on plants or animals.” (Image credit https://www.linkedin.com/company/microtau-pty-ltd)

“Then even though you’re making the surface more rough… you’re excluding those vortices from the surface because they can’t fit in between those microscopic ridges,” he tells @AuManufacturing.

“So what you end up with is kind of an enforced laminar [smooth rather than turbulent] layer in the boundary layer.”

Wind tunnel tests of their film with Lockheed Martin have shown a seven per cent reduction in drag, according to MicroTau.

Riblets for travel have been researched for decades. NASA’s centre at Langley began riblet R&D with aluminium surfaces in the 1970s, and its work ended up on the underside of the hull of Stars and Stripes yacht, a secret weapon as it won the America’s Cup back from Australia.

After historical issues with durability and issues like degradation from high-intensity UV light at altitudes, materials technology has gotten to the point where riblets look set to make meaningful changes in aviation.

The Aeroshark product – a film made by Lufthansa Technik and BASF – is being rolled out on Lufthansa Cargo’s 777 freighter jets, with a claimed fuel saving of about 1 per cent.

MicroTau is working towards the required supplemental type certification (their plans are outlined in the podcast version of this story.)

Although other, larger companies are quite advanced in their efforts to offer fuel savings through riblet films, Bilinsky says that there’s a flexibility to the Australian-developed approach that cuts out a lot of tooling, time and associated costs between different jobs.

In line with this, MicroTau is focussing on shark-inspired aviation work now, but plans to put its DCM process to work on novel, nature-inspired surfaces, including those that are antifouling, water-repellent and self-cleaning surfaces.

He says that this compares favourably to the competing riblet-making method of nano print lithography, and that his can change 3D topology easily, by adjusting the light field and printing parameters.

“In the context of nano print lithography, you have a very high cost to manufacture the negative stamp that you’re using to do imprinting – so you’re typically talking five figures or more to change any design once,” Bilinsky explains.

“The reason why that’s important, especially in the context of riblets, is you want to optimise the spacing and the size of those riblets to your local flow conditions to get the best benefit. So we’re already orders of magnitude cheaper in terms of being able to change those designs.”