GFG Alliance port to be used for ship scrapping 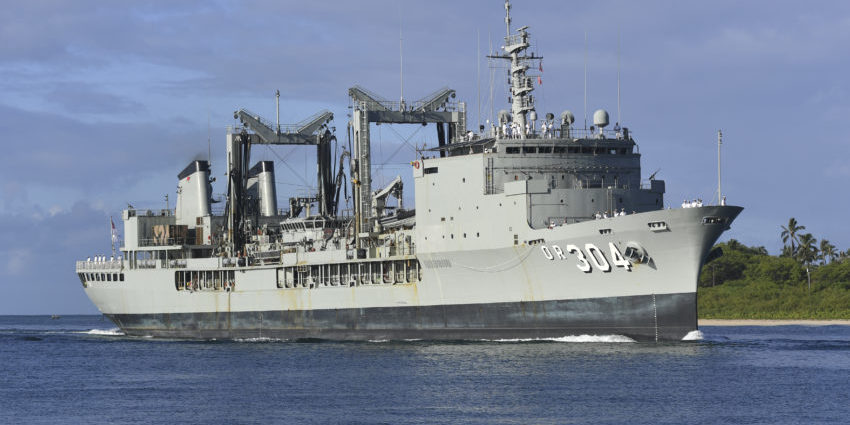 SIMEC Mining is an arm of the GFG Alliance that bought the Whyalla Steelworks in South Australia along with its associated mines and is now pushing ahead with plans for the new enterprise to deconstruct, scrap and recycle (DSR) ships.

SIMEC Mining Executive Managing Director Matt Reed said the Whyalla Port was the only facility in Australia with the capacity to handle vessels larger than 200 metres in length and this was an ideal opportunity to increase third-party usage.

“This is the only facility in Australia with the capacity to handle vessels over 200 metres in length, so we hope it presents a genuine opportunity for ongoing DSR operations,” Reed said.

“We’ve put a lot of work into attracting third parties to use our facility, and have already conducted a number of successful trials with a variety of cargoes, making use of our new mobile harbour crane.”

Reed said that this process could also align with GFG Alliance’s broader GREENSTEEL strategy – creating scrap that can be recycled through the Whyalla Steelworks or GFG’s other Australian scrap businesses.

“This work will utilise local maritime services and other contractor services, as well as presenting an opportunity for greater scope should we secure more DSR work through the Whyalla Port in the future,” Reed said.

The company has teamed up with Adelaide-headquartered McMahon Services and project manager Andrew Levett is now on site preparing the port slipway for the arrival of the first ship, the ex-HMAS Success.

HMAS Success was the Royal Australian Navy’s longest serving ship, decommissioned in 2019 after 33 years of service.

Levett said work on deconstructing the vessel was expected to take about three months with some of the steel to be recycled through the steelworks.

“Our local crews are underway conducting civil work on the existing slipway in preparation for work commencing in the coming months,” Levett said.

“The ship is in Port Pirie at the moment while we are preparing for civil works and resurfacing the old slipway.”

The Whyalla Port was established as a shipbuilding facility in the early 1940s through to the late 1970s with vessels launched from the site including the HMAS Whyalla.

Levett said HMAS Success had been stripped of contaminants, with the hull to be moved across to Whyalla and cut up for recycling using excavator-mounted shears.

McMahon Services has offices around Australia and has previously worked on scuttling the guided missile destroyer ex-HMAS Hobart off the Fleurieu Peninsula in South Australia along with ex-HMAS Adelaide off the north coast of Australia.

“But this is the first vessel we’ve tried to move up the slipway here at Whyalla,” Levett said.