Global factory robot sales slowed in 2019, though figures the third-highest on record 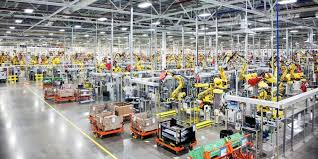 A total of 373,000 industrial robots were sold in 2019, according to newly-released figures, with two-thirds of all new units sold in the Asia region.

The World Robotics 2020 Industrial Robots report, released this week by the International Federation of Robotics, showed that total unit sales over the year were down 12 per cent on 2018 numbers, but were the third-highest on record.

Total stocks of factory robots have risen 85 per cent between 2014 and 2019 to their highest ever level, said the IFR’s president Milton Guerry, who added that it would be too early to properly assess any impact from the Covid-19 pandemic.

“A major stimulus from large-scale orders is unlikely this year. China might be an exception, because the coronavirus was first identified in the Chinese city of Wuhan in December 2019 and the country already started its recovery in the second quarter,” he said in a statement.

“Other economies report to be at the turning point right now. But it will take a few months until this translates into automation projects and robot demand. 2021 will see recovery, but it may take until 2022 or 2023 to reach the pre-crisis level.”

On the whole, the collaborative robot category continued to grow, but at 4.8 per cent of all factory robots remains a market “in its infancy,” said the IFR. (See graphic above.) Installations were up 11 per cent over the year, and “This dynamic sales performance was in contrast to the overall trend with traditional industrial robots in 2019.”