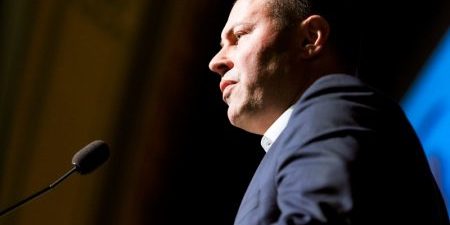 The federal government’s patent box scheme will only apply to new inventions created after May, while it is still considering how best to target it at the BioTech and medical sectors and whether to expand the scheme to apply to low emissions technologies as well.

The May budget included the announcement that a patent box scheme, providing a tax break for medical and biotech innovations, would be launched from July 2022.

Under the scheme, income derived from eligible patents will be taxed at an effective corporate tax rate of 17 per cent, down from the current 30 per cent rate for large businesses and 25 per cent for SMEs.

Treasurer Josh Frydenberg said the scheme would encourage the retention of Australian-developed inventions in the country, and support further research and development in the targeted sectors.

“We want to see more innovation commercialisation in Australia. Australia’s effective management of COVID makes us an even more attractive place for the best and brightest from around the world,” Mr Frydenberg said in his budget night speech.

The scheme will initially only apply to patents in the medical and biotechnology sectors.

Mr Frydenberg has now released a discussion paper on the patent box, with the government accepting submissions over the next six weeks.

Key points the government is currently mulling include how best to determine eligibility in terms of the two targeted sectors, how to ensure the invention is as a result of Australian-based R&D and whether the scheme should be extended to low emissions technologies too.

The discussion paper also confirms that the patent box tax break will only be on offer for new patents approved following the announcement in the budget on 11 May.

The concessional tax rate will also only apply to profits from the patented invention in proportion to the amount of R&D conducted in Australia by the company.

The narrow patent box will only be open to medical and biotech firms, but the government is yet to determine the best way to approach this.

It is considering either a patent-level test, where a patent will be measured on whether it is classified in the relevant sectors, or an income streaming test, where all patents will qualify for the scheme but only profits attributed to activity in the chosen sectors will receive the tax break.

Treasury is also interested in submissions on how to handle loss-making patents.

“By default a taxpayer not subject to tax on profits due to losses does not benefit from the concessional rate under the patent box until those losses have been utilised. However, providing arrangements to allow firms to benefit during loss making years could add to the regime’s complexity and pose integrity risks,” it said.

“Given that commercialisation of intellectual property can occur many years after the initial R&D takes place, taxpayers may have to track R&D expenditure split between Australia and other jurisdictions over a long time period.”

Submissions are also being sought on whether the patent box should also be opened up to low emissions technologies.

“A patent box may provide an additional lever for the government by encouraging further innovation in low emissions technologies. Would introducing a tax concession through a patent box support the clean technology energy sector?” the discussion paper said.

More than 20 other countries already have similar schemes in place, but these “vary significantly” the paper said.

“While it usually takes a number of years for innovations to become profitable in the medical and biotechnology sectors, a concessional tax rate on those profits will create an additional incentive to locate R&D in Australia,” it said.

The Opposition has already questioned the merits of the patent box scheme, with shadow industry minister Ed Husic recently saying it risks being a “knee jerk reaction to embrace a new concept”.

The Coalition has been considering such a scheme since 2015, when the Chief Economist was tasked with investigating it. But the final report from this inquiry was lukewarm, with concerns it would lead to a large decrease in tax revenue and not a corresponding increase in the incentive to invest in research.

Mr Husic said there is still no guarantee that a patent box will foster innovation in Australia.

“We’ll wait and see what the government says, but so far it looks like the patent box is a great innovation for company products and does not do very much in terms of innovative output. We have to see what’s going to happen there,” Mr Husic said.

“This cannot simply be a method to reduce a tax bill. It has to have legitimate R&D outcomes that benefit the country. The Coalition does not have an organised approach to innovation in this country.”