Is the new deal plan coming up against political reality? 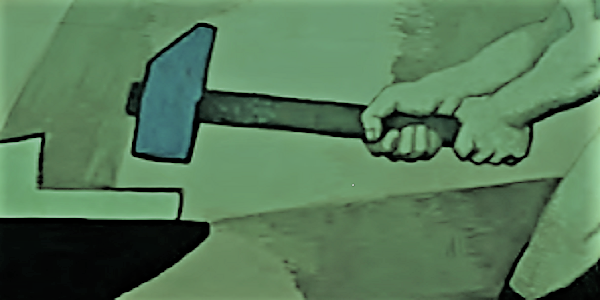 The success of @AuManufacturing’s new deal plan for manufacturing crowd sourced from readers raised hopes that the lessons of the Covid-19 pandemic really could lead to a permanent change in the fortunes of the sector.

The new deal plan has since gone to the manufacturing task force of the National Covid-19 Coordination Commission and key figures including taskforce head Andrew Liveris and the office of industry minister, Karen Andrews.

Early drafts of the report have been leaked to the media where it caused consternation for its preoccupation with boosting supplies of gas to industry, and what that said about potential conflicts of interest among members of the Covid-19 commission.

Here is where the political reality kicks in.

Our national energy policies are broken and mainly because the Coalition finds it impossible to accept that fossil fuels are on the way out, and that renewables are not only environmentally necessary, they are the right choice economically.

But it does seem that gas did preoccupy the manufacturing taskforce, though there was also much discussion of the sorts of things raised in the new deal plan.

Gas could be certainly be diverted from export as a short-term stop-gap, but if we continue investing in gas it will turn out to be an expensive dead end and distraction from de-carbonising the economy.

The second reality stems from the new deal plan‘s recommendation to establish a National Industrial Strategy Commission with real power along the lines of Innovate UK and Enterprise Ireland.

Here the bureaucracy is pushing back and would rather a modest body, a board rather than an independent commission, along the lines of Innovation and Science Australia which is limited to conducting research, writing reports and advising the government.

This sort of advisory framework has been shown not to work.

Hence the word from Canberra is that any new manufacturing policies will have to be funded from the ‘existing funding envelope’.

This thinking was, unfortunately, mirrored in industry minister, Karen Andrews press club speech where she essentially said she was in favour of innovation and research, but there would be no more money.

This obsession with not spending a dollar more is not mirrored overseas in the US where there is the same economic destruction across whole swathes of the serrvice economy in retail, education and tourism.

CNN reports that the White House is targeting a stimulus package focusing on American manufacturing that will be “at least $2 trillion dollars” or 10 per cent of GDP.

This is the equivalent of Australia spending $160 billion.

Australia does have some basically sound manufacturing initiatives, and while their funding is helping individual firms, it is far too small to affect the direction of the economy as a whole.

The UK Catapault centres which link industry and research have a budget of $3 billion, and Germany’s Fraunhofer Institute’s budget is ten times that.

There have been some recent positives though.

Recently established innovation hubs have been joint projects of state and federal governments, something which removes them from the change for change’s sake which has accompanied recent changes of government at the national level.

Policy stability is something we need badly, as seen by the ongoing confusion of national R&D incentives.

Here the end of the financial year is approaching, but manufacturers still do not know when controversial cuts to R&D tax incentives will apply.

The next steps are for the manufacturing taskforce recommendations to pass through the Covid commission and onto industry minister Andrews, who has had no hand in forming their report.

She will make her own decision, advised by an office that by all accounts is positive towards manufacturing, before it goes to Cabinet and the Prime Minister.

Who knows what will pop out at the other end.