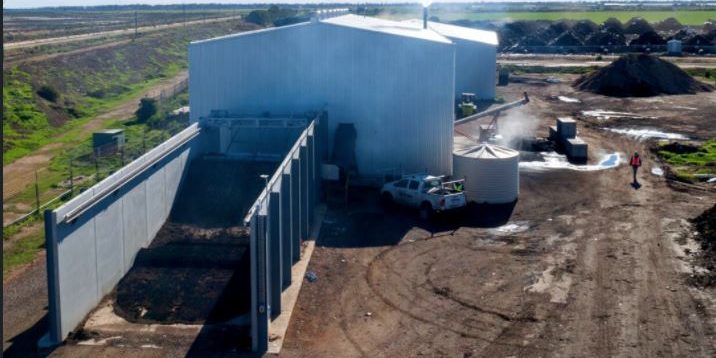 Green waste recycling company Jeffries has taken to social media to spruik the company’s new Biochar plant, which is claimed to be the largest in the Southern Hemisphere.

The South Australia plant (pictured) produces biochar from green waste collected from household kerbside bins and enough energy as a byproduct to power itself, Jeffries’ Buckland park facility and send power to the grid.

Jeffries said: “Although it does many other amazing things, this plant produces Biochar which can store carbon in the soil for potentially thousands of years.

“Biochar is created through the pyrolysis of organic matter in the absence of oxygen.

“It has a hive-like structure the stores water, microorganisms and micronutrients which then are slowly released over time – this results in less need for watering and fertiliser use.”

Jeffries turns the green waste into compost, soil and mulch products which are sold through a network of landscape supply yards and nurseries in Adelaide.

“A significant volume of the compost, soil and mulch products are also used in horticultural areas that include iconic wine regions, vegetable growing in the northern Adelaide Plains, and mixed horticultural uses in the Riverland and Sunraysia regions.”