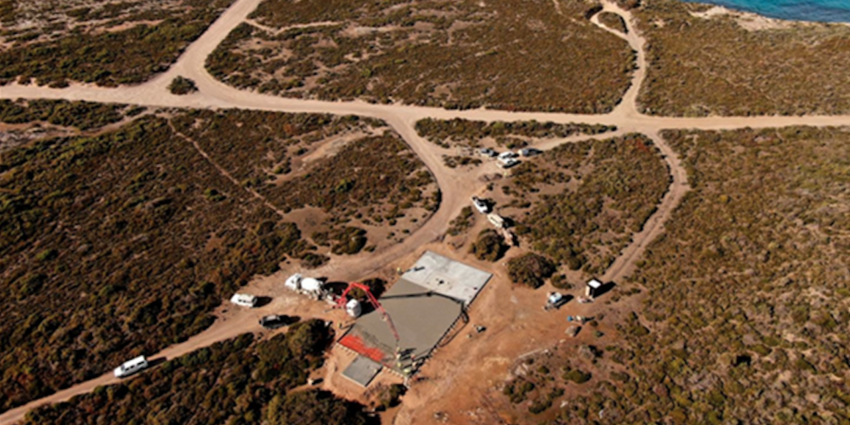 Three test rockets are set to be launched from South Australia within months, after the company behind the launchpad complex secured a licence from the Australian Space Agency.

The complex is located about 25-kilomtres southwest of Port Lincoln and will be used to host satellite launches into orbit around the Earth’s poles.

Southern Launch has already started constructing one of two proposed launchpads at the complex, which will be used to launch rockets southwards over the Great Australian Bight.

Southern Launch CEO Lloyd Damp said the company was the first in Australia to secure a fixed space launch facility licence from the Australian Space Agency.

“This is a momentous occasion for our team, to have been granted Australia’s first fixed space launch facility license, enabling Southern Launch to host rocket launches into space from Australian shores,” he said.

“Our team is now on track to commence the testing of three rocket launches from Whalers Way before the end of 2021.

“These tests signify a very real opportunity for Australia becoming once again a spacefaring nation.”

It comes after South Australia’s State Commission Assessment Panel (SCAP) last month gave Southern Launch permission to launch three test rockets at the complex, so that it could collect noise and vibration data, and determine the impact the launches would have on native fauna.

The approval followed opposition from conservationists, who argued the trial could threaten vulnerable birdlife and coastal wilderness.

The Whalers Way Orbital Launch Complex is located within a conservation zone, but Damp says the launchpads will be built on already-cleared land.

The company also claims the complex would be of significant benefit to the Eyre Peninsula community, the local economy and Australia more broadly, and would establish South Australia as a leading contributor to the global space economy.

Southern Launch is also behind the suborbital Koonibba Test Range, which it describes as the southern hemisphere’s largest overland suborbital rocket testing facility.

Picture: The Whalers Way Orbital Launch Complex on the tip of the Eyre Peninsula (Southern Launch)