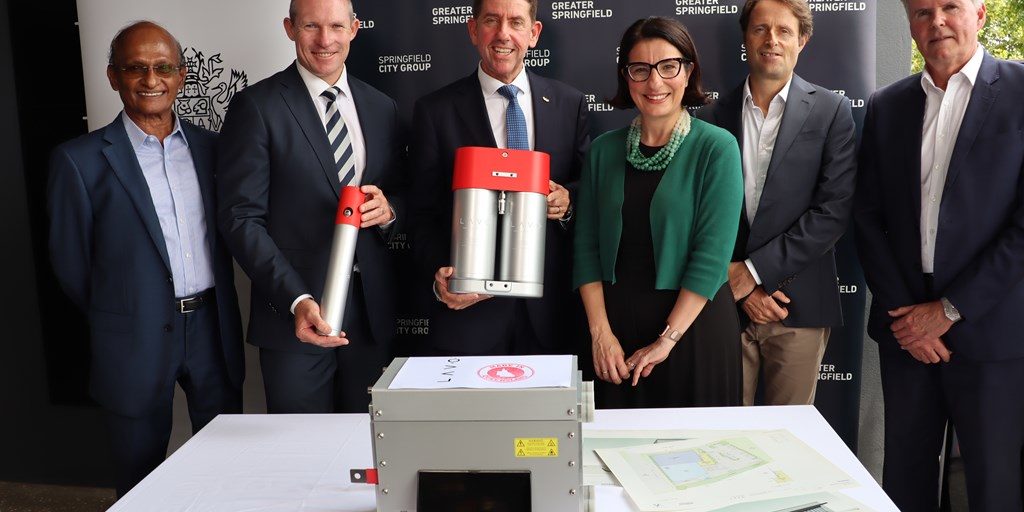 Greater Springfield, a private sector-developed CBD south-west of Brisbane, will be the site for the facility, backed by the state government’s Invested in Queensland program and Queensland Jobs Fund.

Treasurer Cameron Dick said construction of the new facility would begin in early 2022 and is expected to be delivered by the end of the year.

Dick said: “Up to 200 construction jobs will be created over the next 12 months, and once fuel cell production ramps up there will be almost 170 operational jobs supported here by 2026.

“The fuel cells will be used in the world’s first hydrogen energy storage system for homes and businesses, developed in Australia by LAVO and the University of New South Wales.”

The LAVO HESS (Hydrogen Energy Storage System, pictured) is an integrated hybrid hydrogen battery that can be combined with rooftop solar to store 40kWh of electricity – enough energy to power a typical household for two days.

LAVO CEO Alan Yu said the company would manufacture the fuel cells in Australia under a joint venture agreement with Netherlands-based Nedstack, developer of the fuel cells.

Yu said: “Through our research and development, we are taking existing fuel cell technology and introducing integrated solutions to make hydrogen possible for everyday use and for a much wider audience.

“We will be working to maximise the use of local suppliers in the manufacturing process and will be supplying both domestic and international markets across the residential, off-grid, telecommunications and commercial sectors.”

Under its net zero energy strategy by 2038, Greater Springfield aspires to produce more energy than it can consume.

While LAVO’s current focus is on establishing the fuel cell facility, the company is also proposing to develop more advanced manufacturing capabilities in Queensland by 2024.

This includes the assembly of additional hydrogen-based powered units and other hydrogen components such as electrolysers and hydride vessel production.