Lynas Corp – a case study in the risks of Australian offshoring 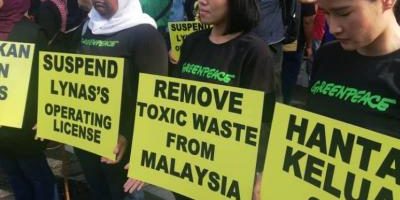 With Australia reassessing the strategic necessity of local manufacturing post Covid-19 it is salutatory to take a look at the sad case of missed opportunity for the nation that is rare earths producer Lynas Corporation.

The Perth company is the world’s second largest rare earths producer and the only significant producer outside China.

To say Lynas production from its Mt Weld mine in Western Australia is strategic to the economic and defence security of Australia and its allies would be an understatement.

The company operates a concentration plant at Mt Weld for Neodymium, Praseodymium, Lanthanum, Cerium and mixed Heavy Rare Earths, a technical office in Perth, but decided to site its advanced materials plant at Kuantan, Malaysia.

This plant was plagued by controversy even before the virus hit. Concerns that toxic and radioactive residues threatened Malaysia lead to demonstrations in the streets by groups with names such as Save Malaysia, Stop Lynas and challenges in the High Court in Kuala Lumpur.

The company’s operating licence was under threat until February when it was renewed for three years on condition that the company develop a permanent disposal facility (PDF) and commission a cracking and leaching plant outside Malaysia before July 2023.

“Lynas will no longer be allowed to import raw materials containing naturally occurring radioactive material into Malaysia” after that date, according to an announcement.

However the Malaysian plant is now caught up in a general shut down of Malaysian industry to slow the spread of Covid-19, a shutdown that was again extended yesterday until at least May 12.

In the meantime Lynas is expanding Australian processing, building a new cracking and leaching facility at Kalgoorlie in WA.

This will complement its recently-upgraded concentrator at Mt Weld, which processes 240,000 tonnes per annum of ore to produce up to 66,000 tonnes of concentrate.

Lynas certainly has been taught a lesson in the risks of offshoring and of the vagaries of foreign control over its operations.

But really, you would wonder why the Australian government ever let the processing of these strategic materials offshore – they should always have been done in WA for both strategic and environmental reasons.

This is even before considering the 1,000 jobs Lynas has created in Malaysia, the value-adding lost to our shores, and balance of payments effects of exporting raw materials and importing finished products.

Australia’s new attitude towards manufacturing, and the need to retain local sovereign capability, surely should extend to rare earths.

One would hope that the Kalgoorlie investment, which has been given major project status by the state and federal governments, is only the first step in bringing home this strategically important value-adding operation.