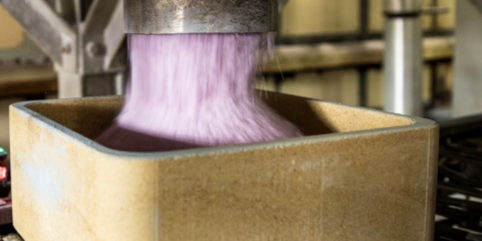 Rare earths producer Lynas Corp has reported its processing operations and sales are recovering from Covid-19 pandemic levels, and foreshadowed the possibility that governments in Australia and elsewhere may provide assistance to extend its strategic processing operations.

The Perth company, which mines rare earths at Mt Weld in Western Australia and operates a controversial processing plant in Malaysia, said production of Neodymium-Praseodymium (NdPr) oxide in the latest quarter was 1,342 tonnes, up from 775 tonnes in the previous three months.

Production had ceased at its Malaysian plant, raising concerns in the United States about the integrity of its supply chain, and supporting a decision to onshore some processing to a new plant it is building at Kalgoorlie in Western Australia.

During the quarter total rare earth oxide production was 4,110 tonnes compared to 2,579 tonnes, with sales revenue up from $38 million to $ 87 million.

During the quarter Lynas raised $425 million from investors to progress the Kalgoorlie plant and a phase 1 contract from the US Department of Defence to build a heavy rare earths separation plant.

Lynas told investors: “The Covid-19 pandemic has highlighted the importance of securing a diverse supply of critical minerals, including rare earths.

“As the world’s second-largest producer of separated rare earths, and the only significant producer outside China, Lynas is in an ideal position to support supply chain diversity.”

The company noted that the US President Donald Trump had issued an executive order to build resilient critical mineral supply chains and the EU had launched a strategy to secure rare earths supplies needed for high tech products such as computer memory, DVDs, rechargeable batteries, cell phones, catalytic converters and magnets.

The company said: “Lynas continues to actively engage with all relevant governments regarding rare earths supply chain resilience and opportunities for governments to support local processing and manufacturing industries.”