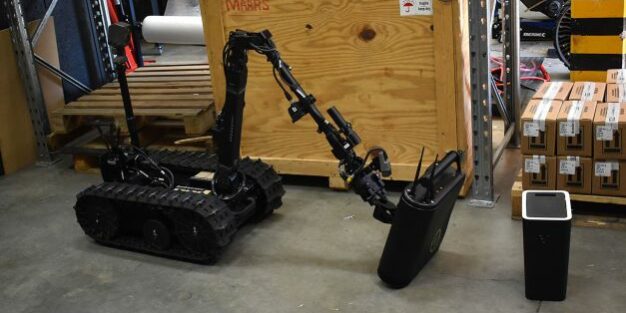 The company told investors that pre-production prototypes of its Argus IED X-ray camera (pictured) were close to completion, following delays in commissioning manufacturing equipment at its Adelaide plant.

There were also issues with a supplier of high voltage components.

The manufacturing equipment is used to produce a new-generation Columbus X-ray tube which utilises a carbon fibre nanotube array to generate X-rays rather than hot cathode systems in use for more than a century.

The IED X-ray X-ray utilises backscatter imaging technology to detect threats such as bombs, drugs, and other organic material.

Images can be examined by an operator at a safe distance, reducing risk and helping direct safe neutralisation.

Micro-X said: “With these challenges nowsuccessfully resolved, the first imaging testing…has been achieved with pleasing results in line with imaging performance expectations.

“Further integration of all the Argus sub-systems and refinement of the high-voltage components will now be followed by verification and validation of the product.”

Micro-X said first Argus units were expected to be available for customer trials ‘incoming weeks’ and the first product launch was planned for the December quarter.

The Argus technology is in competition to supply an Australian defence department request for tender to supply 64 lightweight, robot-deployable standoff backscatter X-ray imaging units under the Land 154 project.