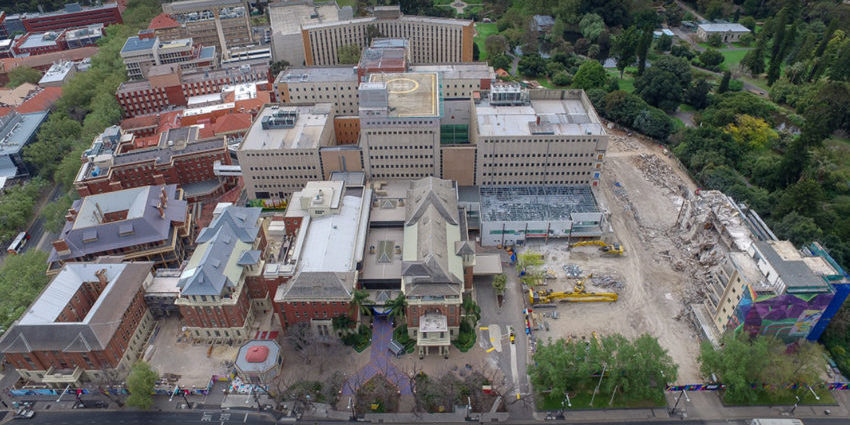 A Mission Control Centre will be built alongside the new Australian Space Agency in Adelaide to provide a focal point for orbiting spacecraft.

The funding will form part of the Adelaide City Deal, which was announced in December and aims to drive population, economic growth and renewal within the CBD.

The Mission Control Centre will be built at Lot Fourteen – a former hospital site in a prominent city location that is envisioned by the South Australian government to become a “globally-recognised creation and innovation neighbourhood”.

Australian Industry, Science and Technology Minister Karen Andrews said the Mission Control Centre would complement the work of the national space agency, which will also be based at Lot Fourteen together with the Office of South Australia’s Chief Entrepreneur, Jim Whalley, and a variety of space and defence related startups.

“It will be available for use by space startups and small-to-medium enterprise space businesses, as well as research and educational institutions from across Australia.

“These investments will help the Australian Space Agency foster the growth of a globally competitive space industry, worth about US$345 billion.”

The Australian Space Agency was officially launched in July 2018 and received $41 million over four years from 2018-19 in the federal budget to “grow the Australian space industry,” including $26 million to help launch the agency which will “coordinate domestic space activities for Australia”.

When announcing the national space agency would be based in Adelaide in December, Australian Prime Minister Scott Morrison said the decision reinforced the state’s long-standing contribution to Australia’s space journey.

He said the new agency would “turbo-charge” efforts to triple Australia’s space economy to $12 billion and create up to 20,000 jobs by 2030.

“Establishing the headquarters of the Australian Space Agency in South Australia will launch our space and defence sectors to the next level.”

The Space Discovery Centre will provide STEM education, engagement and inspiration for young Australians, as well as activities such as mission simulation and training for tertiary education.

South Australia has been a major player in the nation’s space industry and is home to global Tier 1 defence companies and a growing ecosystem of space startups, including Fleet Space Technologies and Myriota, which have between them launched four satellites in the past few months, and Southern Launch, which is establishing a launch facility in the state’s north.