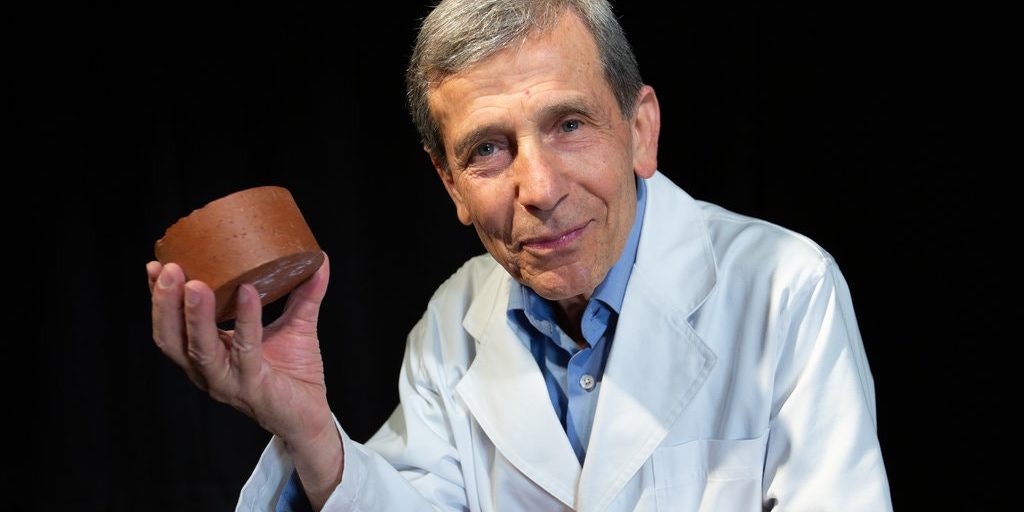 There is no shortage of promising papers being published, but they need to better focus on where they can make a difference, according to a long-time recycling researcher. Brent Balinski spoke to Associate Professor Abbas Mohajerani about focus, patience and turning butts into building products.

As this title has regularly reported over the last two years, interest in turning used, environmentally-problematic materials back into products — rather than burying or exporting them — has never been higher.

We have been forced to develop local recycling capacity and markets in a hurry by the China National Sword policy, knock-on waste import restrictions in our region, and our own looming waste export bans.

There is plenty of research being done, says RMIT Associate Professor Abbas Mohajerani, a lecturer in geotechnical engineering, who mentions “thousands” of papers annually on recycling various types of construction and other materials.

“Not many of them get to that implementation stage by the industry,” he tells @AuManufacturing.

“What we need is to concentrate on more practical research. We need methods to be acceptable for industries and [more] sustainable practical methods.”

Mohajerani appreciates better than most the big gap between invention and industrial adoption, and believes that “many promising methods have been lost in the literature.” He has worked on various ways to recycle cigarette butts since 2005.

It is not a small problem, and in Australia alone 25 – 30 billion cigarettes are smoked a year, with about 7 billion ending up as litter. The filter material, cellulose acetate, takes years to break down and releases heavy metals such as cadmium into soil and water as this happens.

The engineering researcher believes he has found a suitable purpose for all those butts: as a 1 per cent mix in clay-fired bricks. His work has shown this can improve insulation and give a weight saving benefit, while also saving 10 per cent of energy for firing due to the calorific content of filter material.

If only 2.5 per cent of the world’s bricks used this mix, it would soak up all those used cigarettes and save 20 billion megajoules of energy a year globally.

“The idea for fired clay bricks was to make sure that most of the contaminations will be destroyed, and later, when we made bricks and did research on this, we discovered that heavy metals are immobilised inside the bricks,” he recalls.

“During the firing all contaminations, bacteria and all other types of microorganisms disappear, and harmful chemicals combine with other different materials during the process of firing, up to 1000 degrees.”

Work Mohajerani led on an implementation plan for collecting and turning butts into fired-clay bricks was published in Materials last week. Such later-stage R&D is badly lacking in recycling technology development, he believes.

According to Mohajerani, one company overseas is exploring his method, with another in Australia in discussions but somewhat hesitant on adoption.

The implementation work suggests educating smokers is a difficult but vital part. Adequate collection receptacles need to be provided, and smokers need to be threatened with stiff punishments if they don’t use them. 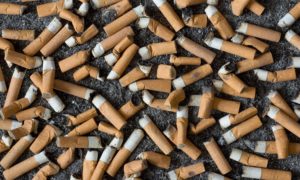 Collection companies need to work with brickmakers. Safety, sterilisation, handling, processing, storage and other guidelines are included in the plan.

According to his biography, Mohajerani has overseen more than 30 projects on recycling cigarette butts over the last 15 years. He has published other recycling research, such as on the use of biosolids in clay bricks (which received international attention from The New York Times and other outlets), but is determined to pursue the cigarette work until it becomes reality, appreciating that it’s a task that requires patience. He mentions, “maybe 2030… We can we can think about finalising this problem and establishing a procedure to collect all cigarette butts from our cities.”

Mohajerani believes that more researchers working in the recycling arena need to see their work through to implementation, which would require more attention to the problems of manufacturers, policymakers and others in the recycling ecosystem.

“What we need is to concentrate on more practical research. We need methods to be acceptable for industries and sustainable practical methods for industries. We need these types of outcomes from research groups and organisations,” asserts Mohajerani.

“Many promising methods have been lost in the literature and we have thousands of papers. I’m sure many of them have good methods which have been published. But it’s only literature. So I think when we do research we should not stop and we should include in the objectives of any research in this area the final objective — which is the most important objective — the implementation and transition procedures.”