Trade tensions will further trash our economy, how did this happen – by David Thomas 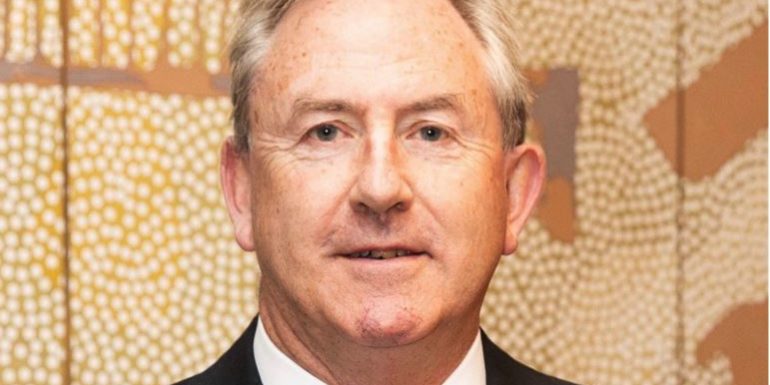 Author and China watcher, David Thomas looks at the origins of Australia’s foreign policy stance in opposing China, the damage it has already done to our manufacturers and its implications for the economy. It is not good news. By David Thomas

Back in April 2020, the Foreign Minister of Australia, Marise Payne, announced on the ABC’s “Insiders” program that Australia was launching a global inquiry into the origins of the coronavirus pandemic, including China’s handling of the initial outbreak in the city of Wuhan.

Whilst the timing of Australia’s announcement was premature, the need for an enquiry at some stage was obvious and, in those early months, China had not shown much interest in admitting to any delays, faults or errors in their handling of the Covid-19 outbreak.

Rather than making the time and effort to build a consensus amongst the many countries who would have lined up alongside Australia to demand an international Covid enquiry, Australia decided to go it alone and accept the consequences.

Prime Minister Scott Morrison even proposed that the World Health Organisation (WHO) be given “powers equivalent to those of a weapons inspector”, inflammatory words which enraged the Chinese government and prompted a series of trade bans and tariffs which have sent shockwaves through many of Australia’s agricultural and manufacturing industries. These include the producers of wine, coal, barley, copper ore and concentrate, sugar, timber, wine and lobsters.

After 6 years of persuading Australian companies to trade with China and thereby take advantage of the preferential terms that had been negotiated in the China Australia Free Trade Agreement, Australia’s government was now lecturing the business community about the importance of diversification, pointing at India and SE Asia as markets worthy of consideration.

Almost 12 months after the trade bans were imposed, Australia’s relationship with China continues to plummet to new depths and, had it not been for the extraordinary rise in the price of iron ore, Australia’s economy would have certainly experienced a long and sustained recession already.

Instead, buoyed by the negligible impact of China’s trade bans on the economy, and snubbed by China’s Government, Australia has taken every opportunity to double down on its efforts to place the USA and UK at the centre of its foreign policy, culminating in the new AUKUS agreement to deliver US nuclear submarines and additional troops and weaponry to Australia.

It must be said that many Australians support the Government in standing up to China.

Many fear China’s increasing assertiveness, its military ambitions in the South China Sea, its human rights record (particularly in Xinjiang), its communist system of Government, and most importantly, its autocratic leadership style in the form of President Xi Jingping.

In the absence of any economic cost from the trade bans, and with Australia’s economy in relatively good shape, all but those directly affected by the deteriorating relationship appear ready to accept that Australia is firmly supporting America in its contest against China as a threat to our way of life and, despite its amazing progress over the past 30 years, a country that now needs to be contained, by force if necessary.

Meanwhile, without attracting much publicity or attention, American companies have moved quickly to fill the gap caused by China’s trade bans on Australia, achieving its best-ever annual sales of agricultural goods to China last year.

With the election of US President Biden in late 2020, it was assumed that there might be a much needed reset in the US-China diplomatic relationship and that this might be a catalyst for Australia to resume its own trade relationship with China.

After an extended period of tough words and rhetoric on both sides, Chinese President Xi and US President Biden have now had two one-on-one conversations to discuss their differences but also to seek areas in which they can collaborate (eg on climate change).

These conversations are ongoing and challenging but it can be assumed that at some stage they will reach agreement to work together if nothing else for the sake of world peace.

In the meantime, American trade with China continues to thrive and, following last week’s announcement of the new AUKUS alliance, Australia has been plunged even deeper into China’s deep freeze!

So my question is: What did Australia achieve from all this?

By standing up for America in their contest for global supremacy with China, we have trashed our economy, destroyed a flourishing 50 year relationship with the fastest growing economy in the world, marginalised our vibrant and dynamic community of Chinese migrants living in Australia, and placed ourselves at risk of future cyber-attacks, trade sanctions and even military action as America’s representative in the Asia Pacific region.

With the price of iron ore now in free fall, and our major cities still in lockdown following the spread of the Delta variant, Australia’s economy will face some serious challenges in the coming months.

At some point, Australians will start to ask themselves why it was necessary for Australia, a middle sized country with so much to lose, to poke the Chinese dragon when a little more patience, diplomacy and pragmatism might have allowed us to maintain our trade relationship whilst acting as a mediator between the world’s two great powers.

It appears that this opportunity has been lost forever. I hope I’m wrong.

David Thomas is well known in the Asia Pacific region for his experience, credibility and passion for identifying, building and facilitating business and investment relationships between Australia and Asia. Learn more about the author here.