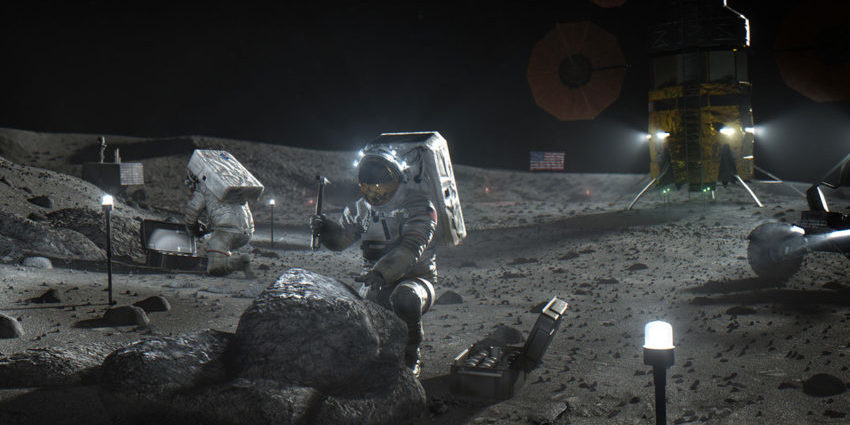 A deal between NASA and the Adelaide-based SmartSat Cooperative Research Centre could lead to emergency beacon technology developed in South Australia for the next moon missions.

In a collaboration being hailed as a significant boost for Australia’s developing space economy, the partnership aims to use emerging satellite technology to advance distress-related communications and navigation systems to benefit the US and Australia.

The SmartSat Cooperative Research Centre brings together more than 100 national and international partners who have invested over $190 million, along with $55 million in Federal Government funding over seven years.

“This collaboration is part of a more systematic and broader activity between NASA Goddard Space Flight Centre and SmartSat CRC and opens the door to a lot of possibilities for the Australian space community,” he said.

“We are delighted to be partnering with Goddard’s Search and Rescue office, joining their push towards the moon and beyond.”

NASA’s Artemis program aims to land the first woman and next man on the moon by 2024, using innovative technologies to explore more of the lunar surface than ever before.

The knowledge gained will then be used to take the next giant leap – sending astronauts to Mars.

Specifically, the SmartSat research team, led by Safety from Space’s co-founder Dr Mark Rice, will propose new designs for the waveform of the 406 MHz signal sent by beacons through the Cospas-Sarsat network, which works low-Earth orbit, medium-Earth orbit and high-altitude geosynchronous orbit satellites

“These new designs will further modernize second-generation beacons, taking advantage of encoding techniques not available when the Cospas-Sarsat network was developed in the 1970s, Rice said.

“This will enable possibilities for new initiatives for users, emergency management professionals and first responders.”

Future phases of the SmartSat collaboration could support exploration initiatives like the Artemis missions, which will return humans to the moon for the first time since the last Apollo mission in 1972.

NASA will equip Artemis astronauts with second-generation beacons for use in the event of emergency escape from the capsule after splashdown or a launch abort scenario.

The Search and Rescue team is working to extend beacon services to the lunar surface with the LunaNet communications and navigation architecture.

Goddard Deputy Director for Research and Technology Investments Christyl Johnson said she was excited about the new capabilities the partnership would foster.

“We’re proud to lend the engineering expertise of our Search and Rescue office as SmartSat CRC works on next-generation rescue technologies,” she said

Working closely with the Adelaide-based Australian Space Agency, SmartSat aims to make a strong contribution to the Australian Government’s goal of tripling the size of the space sector to $12 billion and creating up to 20,000 jobs by 2030.

Priority industry sectors for SmartSat include telecommunications, agriculture and natural resources, transport and logistics, mining, and defence and national security.

Picture: An artist’s render of Artemis astronauts on the Moon. (Image courtesy of NASA.)