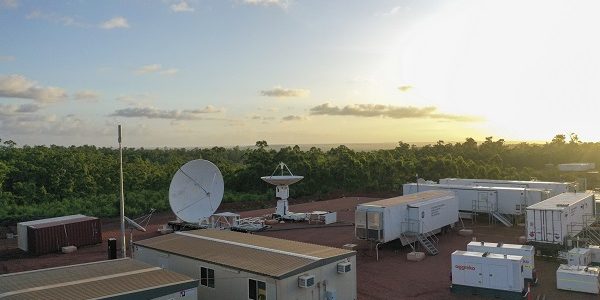 It will be one of three rocket launches, with the others planned for four and 12 July, to conduct astrophysics studies that can only be done from the Southern Hemisphere.

The Arnhem Space Centre is the only commercially owned and run multi-user equatorial launch site in the world and is located 12 degrees south of the equator on the Gulf of Carpentaria, offering unique benefits for space launches.

Group CEO of ELA Michael Jones said that the company was already looking to the future beyond the initial milestone campaign.

Jones said: “Having NASA as our first customer is not only a great endorsement of our spaceport, but it places us at the forefront of global commercial space and proves that through ELA and the ASC, Australia now has a Sovereign launch capability and access to space.

“It is a tremendous honour and reward for the hard work our company has carried out in developing the ASC to have NASA launch these three missions with us”.

Jones said ELA was in advance commercial discussions with nine other major rocket companies, and hoped to carry out at least two additional launches in 2022 before ramping up launch cadence to over 50 launches per year by 2024/25.

ELA and the Arnhem Space Centre were recently awarded their Launch Facilities Licence and the Launch Permit for the NASA campaign following a two-year evaluation by the Australian Space Agency.

“The three NASA launches marks the end of the first stage of the development of both the ASC spaceport and ELA as a world class launch services company.

“We will now commence the development of Phase 2 of the ASC which includes the construction of additional larger launch pads to accommodate medium sized/larger payload rockets.

“The geographic location, proximity to the equator and the extensive logistics services offered on the Gove/Nhulunbuy area makes the ASC very attractive to global rocket companies and allows us to provide a commercially attractive alternative to the French government’s Kourou equatorial launch site in French Guiana.”

The launch will take place in the late evening of 26 June 2022 and the BBIX rocket will travel to over 300KMs in space.

The Rocket will carry an atmospheric observation/sensing platform to observe the Alpha Centauri A & B constellations.