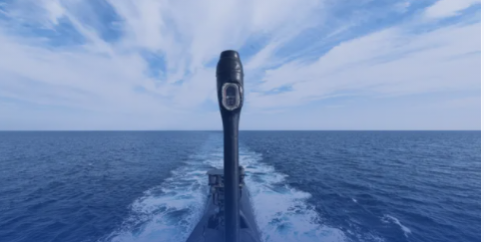 France’s Naval Group has given its strongest commitment yet to spend locally at least 60 per cent of the contract value for the 12 new Attack Class submarines under construction in Adelaide.

Inclusion of the figure in the Strategic Partnering Agreement follows the company’s offer in 2020 that a local spend of at least 60 per cent be formally signed into the program contract.

Pommellet said: “I have been very impressed by the existing capacity of Australia’s manufacturing sector, and its enthusiasm for the Attack Class project.

“This program…will also create a new and sovereign submarine building industry in Australia.

“Strong local supply chains will ensure that Australia has new self-reliance in this critical defence capability.”

Davis said: “There will be increasing levels of local content in each of the 12 Attack Class submarines, as we continue working with local businesses to boost Australia’s sovereign capability.

“Ensuring that at least 60 per cent of the Attack Class contract value is spent locally will create hundreds of Australian jobs, for the long term, in new supply chains around the country.”

He said: “France understands the value of sovereignty. It is one that we share with Australia.

“This is a very unique program and partnership. Naval Group will deliver for Australia.”

Naval Group Australia has already created almost 300 direct jobs in Australia and plans to double its local workforce in 2021.

A hull qualification module section will be built at the Osborne shipyard in 2023, and construction of the first Attack Class submarine pressure hull would take place in 2024.

More than 120 companies in Australia have registered their interest with Naval Group to become tier-one capability partners and build major parts for the new submarines.

This followed the release of a first local manufacturing package that was worth almost $900 million.

Davis said: “We have been encouraged by the quality of responses to our $900 million local manufacturing package for the building of major submarine parts.

“This program has already made great progress in creating jobs and designing the world’s most advanced conventionally-powered submarines.

“There is so much more still to come.”